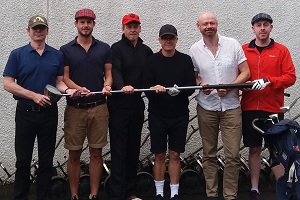 Jimmy McGhie may not be a household name yet, but based on this very likeable mainstream hour it won't be long before he is.

These days every comedian has a gimmick or a life story to tell. What about those who just throw their RICH, FECUND FUNNY at your face for the ENTIRE 55 minutes? Like these...

The winner of this year's Mackenzie Taylor Memorial Cup is Edinburgh resident and comedian Jim Park.

Beyond The Joke, 25th August 2016
Advertisement