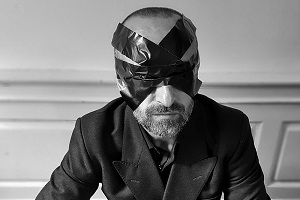 Some news and trivia from the Edinburgh Festival. Motorbikes, knives, flyering, rain, and more!

We asked some of the comedians performing at the Edinburgh Festival what they are looking forward to most about the 2018 festival. Some of these answers are not what you'd expect. 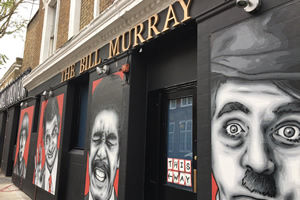 Angel Comedy Club has officially unveiled its new permanent home in London. It's new venue, a converted pub in Islington, is called The Bill Murray. 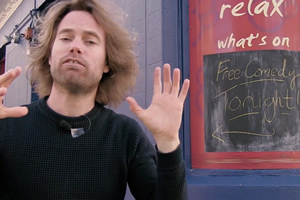 Pledge to Angel Comedy's Kickstarter and re-name the MC

The Angel Comedy Club in London has raised £20,000 via Kickstarter to set up its own dedicated venue. It's now aiming to raise another £40,000 to fund a training space and community projects. In return for backing the project, you can name anything in the club... even the MC! 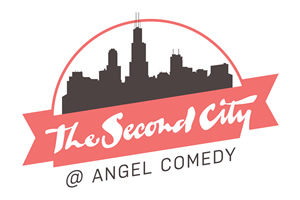 Barry Ferns writes about the benefits he got from taking an improv course with the renowned improvisation school Second City. 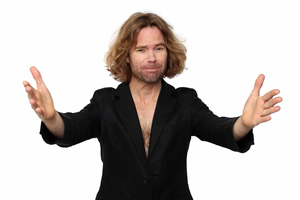 An article on 'making it' in comedy

Stand-up comedian and live comedy promoter Barry Ferns writes on the topic of what it means to 'make it' in comedy. Think carefully about your end goals...

Adrienne Truscott and Barry Ferns have won the Malcolm Hardee Comedy Awards for their unique comic originality and publicity stunts.

The organiser of a free week of comedy shows in London from the 22nd to 28th April 2013 explains the idea behind The Angel Comedy Festival...

How would you improve the Fringe?

'We should make it free and move it to Norfolk'

Comics on having famous faces in their audience

We asked these comedians to share their VIP stories.

Has the 'spirit of the Fringe' been lost?

'Only one of us did the gig naked'

Can you come up with a slogan for the Fringe?

'It's where everything begins...'

What's the most you have put into a Free Fringe bucket?

The horror (and harmony) stories