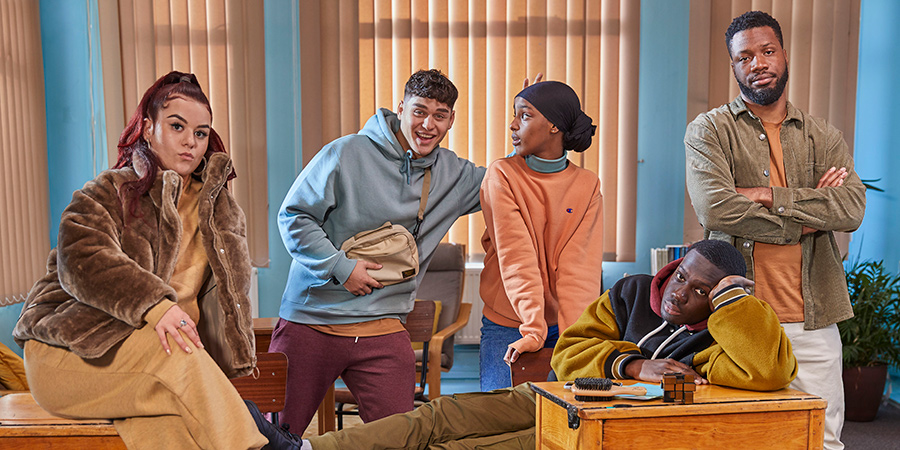 Sitcom set in a unit for struggling school pupils

PRU is a comedy about a group of teens navigating the pitfalls of adolescence in a Pupil Referral Unit, a school for excluded kids. It is told through the eyes of four gloriously reckless young people who can't help but say the unsayable and do the undoable.

Halil, Hanna, Jaden and Belle are four very different 15 year-olds, with one thing in common. They've all been perm'd. Now, teetering on the edge of the education system, they're negotiating Year 10 together at their local PRU.

In the pilot episode they constantly come unstuck, seemingly determined to make the wrong call at every turn, wreaking havoc on teachers and each other's feelings as they go.

Why can't Jaeden ever turn up for school? Why is Belle kicking bins down the corridor? And what has Halil done to annoy Hanna so much that she wants to dash a chair in his face?

Amidst all this chaos, will long-suffering behaviour manager Anthony ever get to eat his lamb stew and jollof rice?

Behind the scenes on PRU

This project was made by Fully Focused, a non-for-profit TV production company that helps train young people who have been removed from mainstream education. PRU's authenticity comes from the writers' and directors' experience of working closely with young people in PRUs across London, over a period of years.