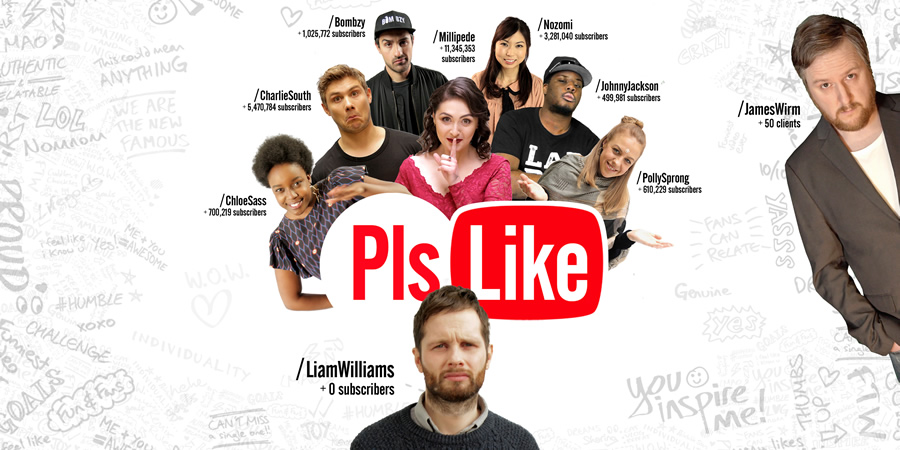 A mockumentary about a cynical YouTuber.

Pls Like is a weekly series follows struggling comedian Liam who, as an unlikely competition victor, must undertake a series of challenges in order to win a £10,000 prize.

With the help of established YouTubers Charlie South and Millipede, as well as Talent Manager James Wirm, Liam must undertake a series of challenges to see if he has what it takes to become the next big vlogger.

Series 2 sees Liam delving deeper into the increasingly strange and worrying world of vloggers. He revisits talent manager James Wirm who, after a particularly turbulent year, is at the forefront of attempts to restore the reputation of YouTubers - and salvage his business - with 'The Likeys', his newly created awards celebrating the positive role YouTubers play in the world.