Jordan Brookes's Edinburgh Comedy Award-winning show is among a raft of stand-up specials recording at London's Soho Theatre next month, to be released via its own service and Amazon Prime.

I've Got Nothing 2.0, an updated version of Brookes's hit 2019 hour, is among several being filmed for the second series of Soho Theatre On Demand's comedy offerings.

Other acclaimed shows to feature from the last Edinburgh festival include an updated version of Jessica Fostekew's Hench, Stand Up With Janine Harouni and Kai Samra's debut Underclass.

From the 2018 Fringe, there is Sindhu Vee's Sandhog, Sarah Keyworth's Dark Horse and Catherine Bohart's Immaculate, which were all their first full-length shows. There is also Nina Conti's 2017 show In Your Face, Desiree Burch's Unf*ckable from the same year and Kieran Hodgson's Maestro, which he originally performed in 2016 but reprised in 2019.

Among 20 specials that Soho Theatre will film this year, several of the acts are currently performing warm-up dates at the venue.

"It's part of our commitment to connect the work of the brilliant performers on our Soho stages to much wider audiences. We're looking forward to introducing some of our existing filmed shows to Amazon Prime Video audiences now, and to invest in a further 20 new comedy shows to be filmed for Series 2 and 3."

Tickets to the recordings can be bought via sohotheatre.com for guaranteed entry, or you can apply for a free ticket via sroaudiences.com - these will be issued should the show not sell out. 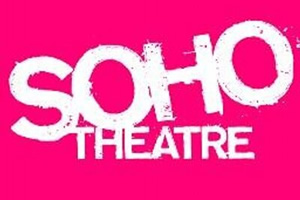