BBC Three has announced a new sitcom which follows the escapades of "three 'normal' Chinese girls".

"This brand new BBC Three sitcom follows the escapades of three 'normal' Chinese girls - Elizabeth the failed Chinese daughter, Jackie the feisty struggling actress and Fufu the Buddhist princess, fresh off the plane - as they negotiate the trials of modern life in the capital. From sex to relationships, failing careers to just about paying rent, getting drunk to getting in fights - they're visitors from a scary superpower and they're taking over London."

Chinese Burn is written by up-and-coming writers and actors Yennis Cheung and Shin-Fei Chen. They lead the cast alongside Yuyu Rau, and the pilot also features a guest performance from Alan Partridge star Felicity Montagu.

The BBC says: "The pilot sees Elizabeth's crazy-rich childhood friend Fufu visiting London for the first time. It shouldn't be a problem but Elizabeth has lied about her job to avoid shaming her parents. So she deals with the situation like she deals with any situation, by lying some more and getting drunk. Jackie has a big casting for the role of a lifetime, instead of the usual 'Chinese prostitute, DVD seller or takeaway girl' and this is the worst time to be babysitting a kooky new arrival. The Fufu problem isn't going away."

Shin-Fei Chen and Yennnis Cheung say: "Chinese people don't get much representation on British TV, and when they do it's usually illegal immigrants, Triads or takeaway staff. Chinese Burn aims to tackle these stereotypes and share real East Asian experiences of living in London. This show's stories are straight-from-the-dragon's-mouth, no-MSG, authentic. 6 billion Chinese can't all be Wongs. We are more than the stereotypes. We are varied. We are different. But our stories are universal, so Brits can relate... mate."

Chinese Burn will be one of the shows that makes up BBC Three's Comedy Slices pilot list, the new name for BBC Comedy Feeds. The BBC has announced a total of 12 pilots across various channels. Full list

The Comedy Slices are expected to be published online in October. 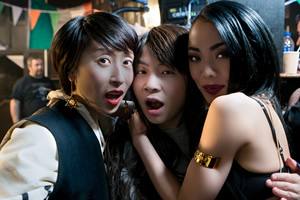 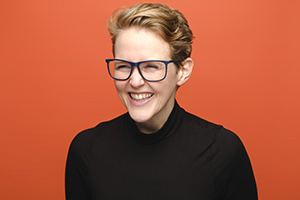