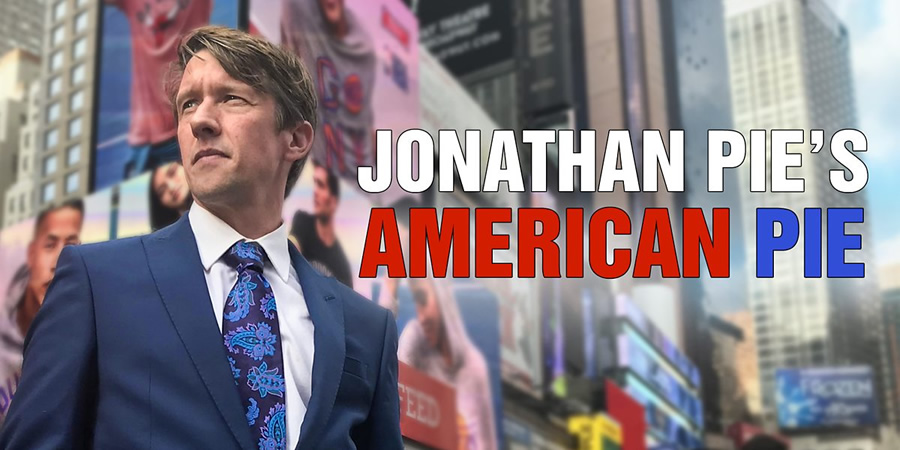 This balanced mocku-docu-mentary is Louis Theroux meets Alan Partridge. It's the US midterm elections and spoof news reporter, Jonathan Pie, is sent across the pond on the campaign trail.

He's pretty annoyed with being sent to America to replace John Pienaar who is in having nasal surgery to alleviate chronic snoring. Not only is Pie likely to miss his estranged son's fifth birthday party but to add insult injury, he also has a documentary crew in tow following his every move for an ob-doc on the life of a British news reporter. Jonathan meets real people who don't normally have a voice as he sorts through the utter carnage of US politics and delivers an extremely entertaining, witty take on what is really going on. He gives all three sides of the argument, Republicans, Democrats and Russians before summing up what he has learnt and whether or not Trump is going to destroy the planet with his stance on climate change, his dubious relationships with volatile countries or his twitter account.

Pie comes away with a lot of his preconceptions blown out of the water but also with a few intact as he tries to prove 2 things: Trump is an awful human being. Not all Trump voters are awful human beings.