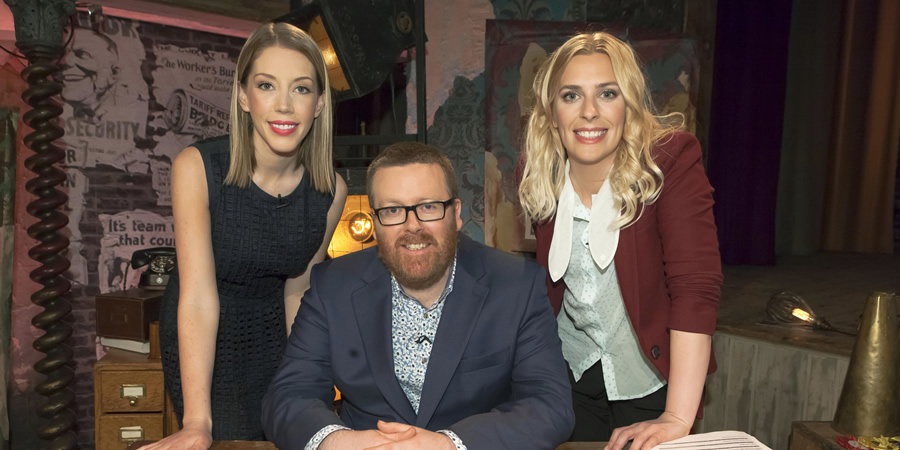 Frankie Boyle is joined by Katherine Ryan and Sara Pascoe to look at the results of political results.

In 2014, he presented Frankie Boyle's Referendum Autopsy, which looked back at the Scottish Referendum.

In 2015 Frankie Boyle's Election Autopsy dealt with the result of the General Election.

The latest special - Frankie Boyle's American Autopsy - looks at the result of the US Presidential Election.