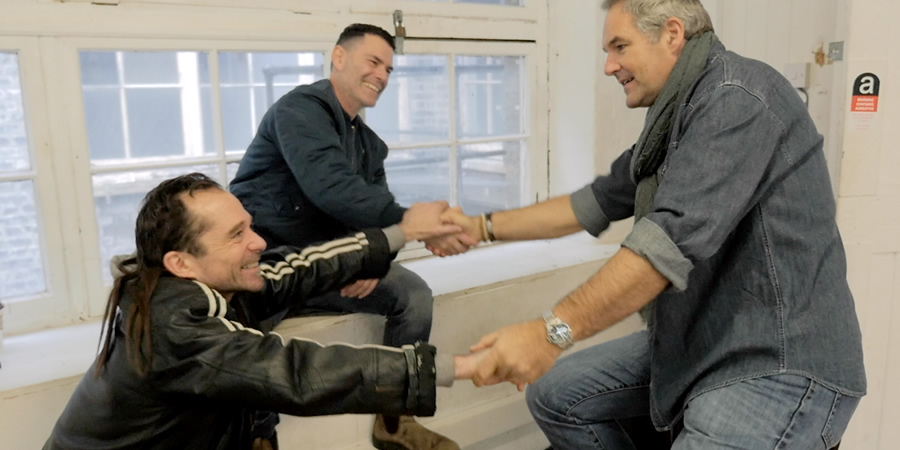 Double Denim are a fictional pop/rock band from the 1980s. They enjoyed a fleeting brush with fame in 1989 when their song Take Me Now reached number No. 12 in the UK Charts and stayed there for 2 weeks.

Over the years they have attempted to maintain a career in the music industry with mixed success. But now, out of the blue, Double Denim have another bite of the cherry. They have been asked to re-unite to perform at a Legends Of The 80s concert in Denmark.

Will past rivalries be put aside for the sake of the music and the fans (if there are any left)? Or will tensions bubble over and destroy their big break... again. Have the lads moved on too far to make Double Denim fashionable again... if only for a moment?

The band comprises of Vinny on lead vocals, who still performs in pubs and clubs. He's all about the music. Sean (keyboard) now teaches music. He wants to pass on his wisdom and the benefit of his 'experience in the biz'. Pete (bass guitar, vocals) now works as a TV presenter and voiceover artist. Can they be tempted to get back together... again?