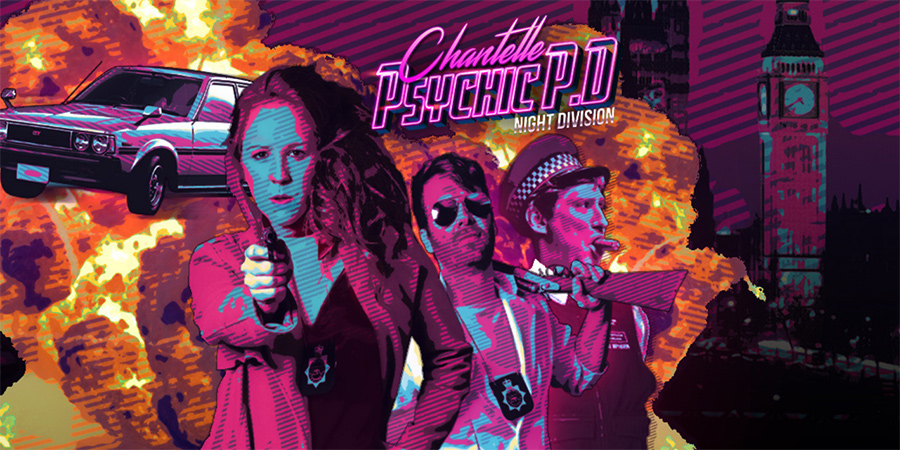 A tongue-in-cheek mockumentary set around a 1980s cop show

'Crime has never been HARDER!'

In 1984, a bizarre new cop show from the UK became an overnight hit. An 'all access' documentary crew follows the actors and egos behind-the-scenes of Chantelle: Psychic P.D - Night Division. From its huge hairdos to cheesy one-liners, cast bust-ups to torrid affairs, no one's getting out of this looking good.

Chantelle: Psychic P.D is a tongue-in-cheek British comedy with a saucy side. The show is a mix of "real" cast interviews, behind-the-scenes footage from on-set, and clips from the fictitious cop show.

The series is streaming on revry.tv