The character of John Shuttleworth will be taking to the stage in 2020 for a UK tour.

Involving over 50 dates between January and April, it will be the first John Shuttleworth tour in three years.

In recognition of the character's absence from the stage, the show will be titled John Shuttleworth's Back. His promoters add: "But guess what? The show is also about... his back! It's been giving him trouble, you see.

"Years of strenuous DIY, not to mention playing his organ whilst perched upon a multi pack of Diet Sprite with no lumber support, has taken a heavy toll on the former Comet employee and security guard at a Rotherham sweet factory.

"But - ever the trouper - John will brave the stage to regale audiences with an evening of his classic compositions (plus brand new songs and hilarious 'back' stories), pausing no doubt only to reapply his deep heat rub!"

A full list of tour dates is below. Tickets are on sale now from most of the venues, with others due to go on sale shortly.

Shuttleworth has been played by Graham Fellows since the 1980s. His character has appeared on stage, TV and radio, most recently in Radio 4's The Shuttleworths. A new half-hour special of the sitcom will follow this Christmas.

It has also been revealed that Fellows has been signed by music publisher Omnibus to write the first John Shuttleworth book in over 20 years. TWO MARGARINES and other Domestic Dilemmas will be released in April 2020, although it will be available for fans to buy exclusively at shows during the tour from January onwards. 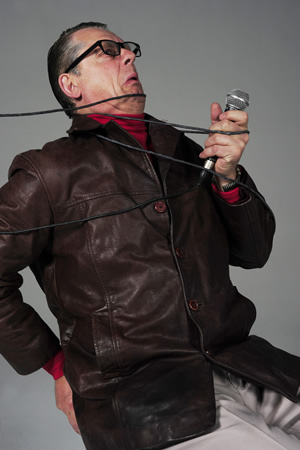 The first John Shuttleworth book in over 20 years.