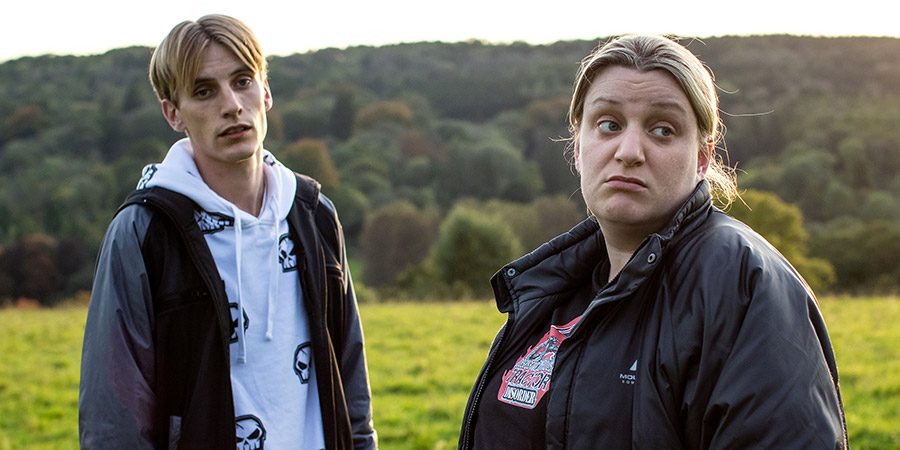 I found an old thread for This Country from 2015 and realised it was probably nothing to do with the 2017 release.

What did I think of it? I thought originally - a huge rip-off of The Office and especially of Gareth Keenan character. However, it's grown on me and I do enjoy it.

Looks like Gareth but it isn't though. Is it his son?

Looks like Gareth but it isn't though. Is it his son?

I first came across This Country possibly as it aired and as soon as I saw the bloke playing the Gareth look-a-like, I switched it over.

I guess he can't help looking like Gareth Keenan but they seem to have styled him and his ego on Gareth somewhat.

Great, yet another alleged comedy about this country's underclass - are they really necessary?

Great, yet another alleged comedy about this country's underclass - are they really necessary?

Have you watched This Country?

How many comedies are there about this country's underclass?

caught a bit of it, didn't care too much for it

Its inspirations are pretty obvious but the same can be said of many post-"Office" series. "People Just Do Nothing", for example. In fact, John Morton's blissful "People Like Us" (TV and radio versions) essentially established the form, prior to "The Office", in the mid-late 1990s. It boils down to how well it's done. Some of this series is inspired, which is good enough for me. And more power to the Coopers for actually getting it off the ground.

Have you watched This Country?

How many comedies are there about this country's underclass?

Erm...People Just Do Nothing for one!

Both shows are written by people who know their worlds very well and they are satirising it. Like Only Fools, you laugh at them and with them as we should all do about ourselves. We are all flawed, that's what makes us human but the predicaments a lot of the characters get up to are relatable to everyone so you can laugh at yourself too.

I only visit the in-laws in the South West every few years. I don't need to watch them every week

Erm...People Just Do Nothing for one!

Well firstly, when has it been such a strange thing to have a comedy created that is of similar premise to another comedy / similar humour etc? For example, the multiple family sitcoms over the years, with more than one of those being successful.

Secondly, the premise/setting/style for both situation comedies are different entirely.

My preference is not PJDN. This Country has an element of some innocence about it for me personally.

Not sure I'm into the whole rapping aspect of PJDN, but I need to watch it fully to pass further judgement.

Only seen a couple of episodes - love the off screen Mother.

People Just Do Nothing and This Country are very different.