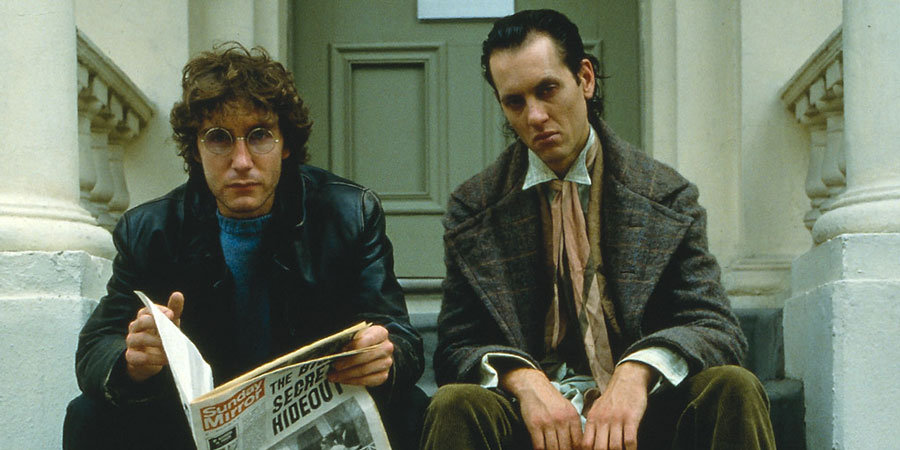 Drink-and-drug addled Londoners Withnail and his flatmate are struggling actors. Withnail's vices in particular seem to have taken over control. The pair live together in the near-squalor of a once-grand Victorian townhouse in London, unable to afford heating and unwilling to do any washing up.

Bored, cold, hungry and desperate, Withnail's flatmate recalls tale of his friend's relative, who owns a secluded country cottage. With a little persuasion, the pair hope he - Uncle Monty - will allow them to use it for a weekend's holiday.

After a few tales from Withnail to ease his uncle's demeanour, the duo secure the key and set off for the Lake District, where Monty's bolt-hole lies, and they set about trying to make themselves comfortable. But in reality it's little better than their London home: and they've not thought to bring supplies of food, fuel, or suitable clothing for the weather of the Lakes.

Following a slow start, they begin managing to scrape together some sense of comfort. A local farmer supplies a tractor-load of wood for fuel, and a (live) chicken for them to roast. But attempting to engage with other locals does not go down nearly so smoothly, and a run-in with a poacher in a nearby pub leaves both men fearing for their lives.

Monty's surprise appearance in the middle of the night, however, looks set to change their weekend for the better. Laden with wine and boxes of food supplies, the house is soon far more homely, warm and bright - and none of the three are left wanting either food or drink. But it seems that Monty is wanting; and what he wants is to sleep with his nephew's flatmate...