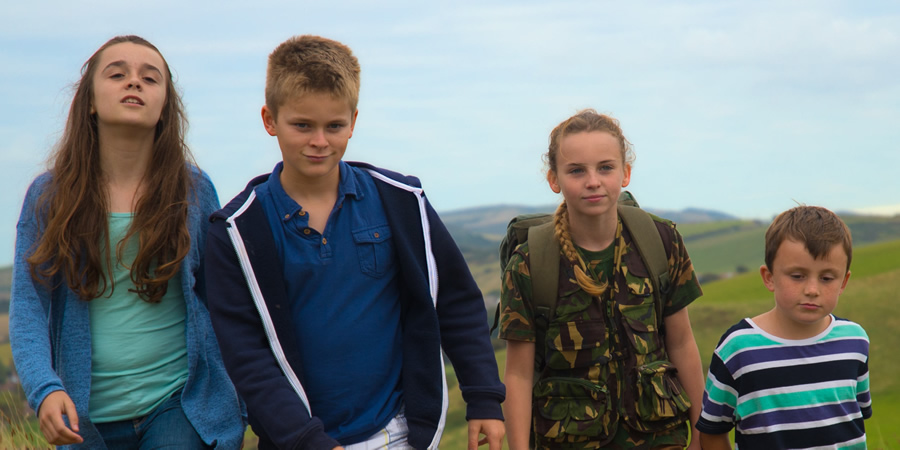 Four kids - Billie, The Colonel, Woody and Shiv - go on their annual summer holiday to Nelson's Retreat, a family camp situated on Dorset's Jurassic coast. But Billie and the gang don't really fit in with the other kids. Plus the camp's targeted for younger children so it's not really their 'thing' anymore... The only highlight is the camp's squirrel mascot, the hyperactive and unpredictable Nelson Nutmeg (basically a guy in a squirrel costume).

However, when Billie witnesses Nelson Nutmeg getting pushed off the cliff by a mysterious assailant, she rallies The Colonel, Woody and Shiv to investigate. They immediately suspect Diane, the camp's new manager, and they try to build their evidence. However, the kids get quickly in over their heads, and they realise they're going to have to use all their childlike savvy if they're going to solve this crime.