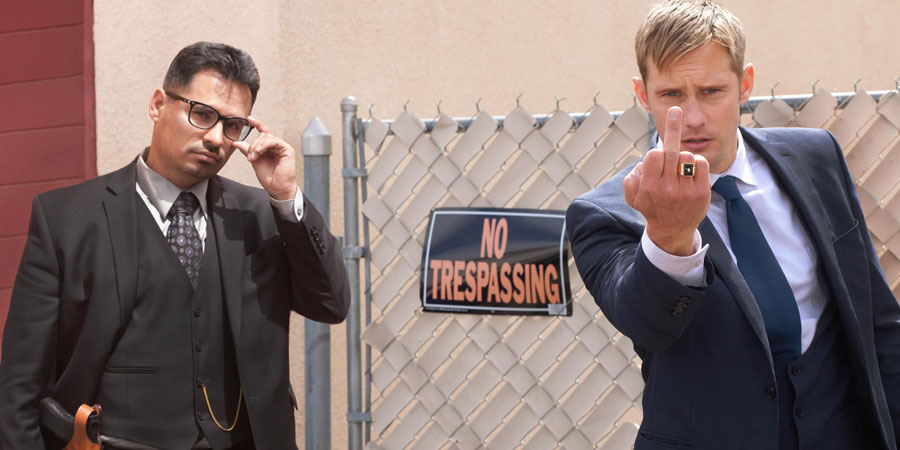 Comedy about a pair of corrupt cops

In Albuquerque, New Mexico, Terry Monroe and Bob Bolaño are two crooked cops who frame and blackmail criminals. One of the shitbirds they bring the hammer down on is a strip-club manager named Birdwell.

Birdwell reports back to his eccentric boss, James Mangan, a British ex-pat and gentleman-junkie. Terry and Bob pursue a campaign of intimidation against both Birdwell and Mangan, looking for a final, big payoff, and inadvertently discover Mangan's dark and disturbing secret. Things get very, very personal. It's not about the money anymore. They put everything on the line for the sake of an innocent, and shooting their way to rough justice turns out to be their unlikely redemption.