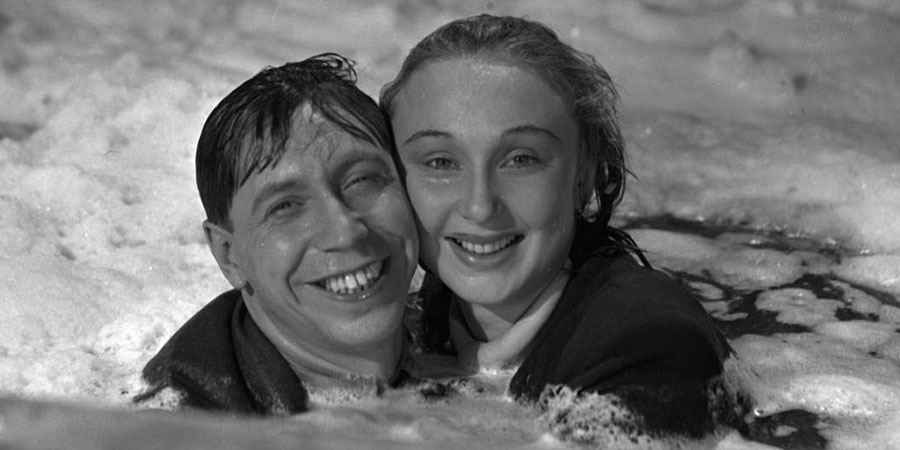 George Gullip is a junior worker in the print room of major national newspaper The Daily Sun. Working with inks all day, and aspiring to be a detective, he's also a bit of an inventor and has mixed his own creation: it'll leave a fingerprint, but not wash off the finger itself for at least a week.

Meanwhile, waves of counterfeit notes are sweeping the country, and the police are at a loss to even identify any suspects.

A trip to the races with workmate Bill sees George become involved in the affair when their horse clinches a surprise victory, resulting in a hefty £300 windfall for the pair: unfortunately no sooner have they claimed their winnings than they are palmed off with fake notes when trying to break it into smaller amounts to spend!

Determined to get their cash back the unlikely duo spot a truck marked 'Blue Star Brewery' and give chase. They're soon in a series of unlikely entanglements as they attempt to pinpoint the gang's leader, including a prize-fight wrestling challenge, a renowned opera singer's cocktail party, and - such is their string of luck - breaking into the home office safe of the chief of police!

When George's love interest Mary, the secretary of The Daily Sun's editor, stumbles across a vital clue, however, everyone's luck begins to change: some for the better, and some much for the worse.