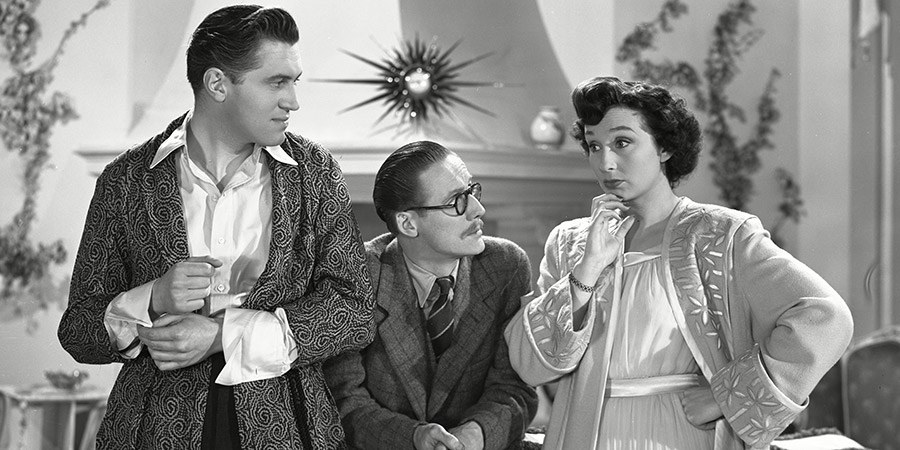 Restricted as to how much money they can take abroad, a divorced couple find themselves stuck, penniless, in the same Swedish hotel

Divorced businesswoman Beatrice Pelham and her secretary, Tom, are in Sweden on business. However, with all passage back to Britain booked, their money is fast running out: harsh exchange controls mean restrict how much they can take, spend or invest overseas in any given year, and they're right up to the limit. They, and the company, are both well-off back at home, but here they're effectively penniless.

Exasperated and increasingly worried about how they'll even manage to leave their accommodation, the pair see an opportunity when Bumble's former husband, Reggie, turns up - quite by coincidence - in the same hotel. He's been left a million by his mother, after all; alas, he is in exactly the same position as his ex-wife, and on seeing news of her latest business dealings in a local paper, similarly assumes that she'll have enough spare to help him get home!

When the reality of each party's situation becomes apparent, the trio become embroiled in a game of cat-and-mouse with the hotel staff as they try to avoid questions as to payment of their bills, whilst trying to avoid pawning every last item they have with them. However, the surprise arrival of some of the couple's old acquaintances - not to mention a few new ones - could yet prove the answer.