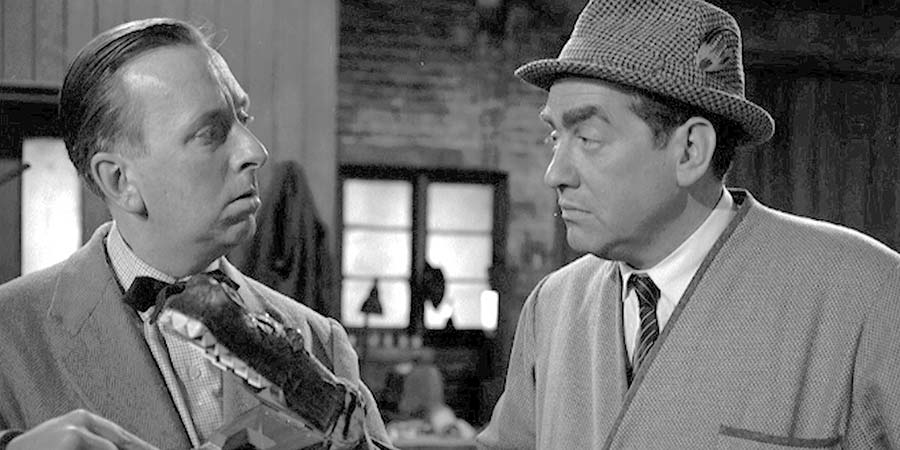 In the seaside town of Piltdown, the end of the annual Summer season also appears to be bringing with it an end to the unsuccessful marriage of local Punch and Judy man Wally Pinner and his wife, Delia.

Wally is an artist of sorts, with his own kind of integrity, but he faces opposition both from the town's snooty Mayor, a "progressive" who looks down on the men who provide traditional entertainments on the sands, and from Delia herself: a shop owner and aspiring social climber who sees her desire to settle comfortably into the town's higher bracket jeopardised by her husband's reputation.

Long an assailant in the fight against snobbery, Wally loses no opportunity to display his feelings and prick the pomposity of Piltdown's civic elite. Those who share his feelings include his assistant, Edward, sand sculptor Charles, and - at least to a certain extent - beach photographer Nevil, with whom Wally spends his days complaining, ridiculing the snooty council, and passing the time in between performances.

As the season ends, it brings with it a gala week marking the sixtieth anniversary of the town. The Mayoress, feeling something traditional is in order for entertainment at the highlight gala dinner, visits Delia and asks if Wally will perform as part of the evening's cabaret. Knowing full well that Wally will be horrified at the notion, Delia never the less accepts on his behalf, certain that entry to the function will enable her to rub shoulders with the upper echelons of Piltdown life, and to meet Lady Jane Caterham, darling of the gossip columns, who has been invited as special guest to preside over proceedings and switch on new jubilee illuminations along the front.

Returning home from another day's trade along the beach, Wally is indeed predictably aghast by Delia's news and refuses to perform - it is against everything he believes in. But a small spark of affection and loyalty remains between the pair, and after further thought he consents.

As Wally and Edward arrive at the venue for the meal - the town's most upmarket hotel - and begin preparing their performance, Delia too arrives, escorted by Charles. But the reception she is given is not as expected: even she can plainly see the snobbish attitudes and rude demeanour on show, and is left thoroughly disillusioned when the Mayoress ignores her attempts to be introduced to Lady Caterham.

Whilst the evening progresses, the boorish members of the town committee grow increasingly drunk - as do many of their other guests - and the Punch and Judy show soon descends into pandemonium. Delia's eyes are fully opened for the first time about the sugar-candy world she had aspired to inhabit. The events, although certainly not of their own doing, appear to make it impossible for she and her husband to continue living and working in the town - but perhaps their marriage is renewed, on a new, more equally understanding footing.