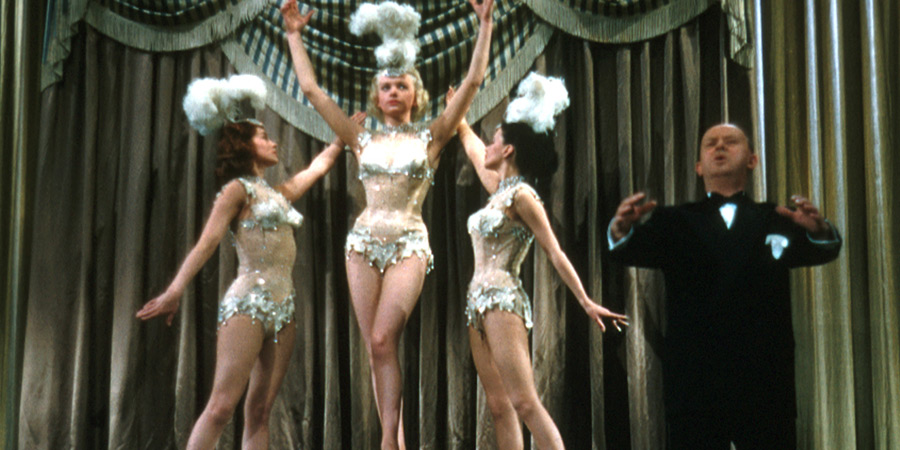 The future looks bleak for "The Dinky Doos", a touring concert party, when their manage runs off with the funds, and dwindling audience numbers force the owner of the theatre at which they are resident to close the show and impound their props and costumes in lieu of an unpaid debt. Susie Dean, the young, attractive singer and dancer in the company is particularly disconsolate; determined to make a big name for herself in show-business, she feels the set back will mean an end to her theatrical career.

But three strangers, meeting by chance, bring about a change in the fortunes of the little company. Inigo Jollifant, a "school-master by profession, poet by inclination and song writer in his spare time", is sacked after a rowdy birthday celebration, and in a pub meets Morton Mitcham, a penniless musician and charming charlatan, who introduces him to the Dinky Doos after hearing his songs. At the same time, two others arrive; Miss Trant, a pleasant woman who, after a dull life looking after her father, decides, on his death, to seek adventure; and Jess Oakroyd, a blunt but loveable Yorkshireman, who has walked out of his home in revolt against his selfish, thoughtless family.

The indomitable spirit of the Dinky Doos appeals to Miss Trant, and when she hears of their predicament, she offers to put up the money to save the show. Inigo renames the company "The Good Companions", and Miss Trant becomes their manager, with Inigo as pianist and Jess Oakroyd as carpenter and odd job man. Inigo makes a bad first impression on Susie by criticising her songs, and she tells him he is conceited and overbearing. However, when she hears his music, Susie realises he is genuinely talented, and asks him to write some songs for her.

With Inigo's songs and music, Susie's talent, and the dynamic speciality dancer Jerry Jerningham, "The Good Companions" find the show improving, and audiences increasing, to their great relief. But just as they seem to be finding their feet again, financially, there comes a patch of bad luck; an unlucky theatre booking, friction among the cast, causes the tension to mount, and the company is on the point of disbanding, when Jess Oakroyd steps in and rallies them with some straight talking.

Meanwhile, Inigo has proposed to Susie, who though very fond of him, is still determined to become a great star, and turns him down, saying she is dedicated to her career. In desperation, Inigo takes his music to an important impressario, but refuses the handsome contract he is offered until the man has heard Susie. Reluctantly, the impressario agrees, but the show he attends is wrecked by a gang of toughs, led by a spiteful, and unscrupulous bill-posting man who had hoped to bully Miss Trant into using his services. Nevertheless, Susie and Jerry are offered starring roles in a West End revue with Inigo's music, which is being backed jointly by the impressario and the theatrical agent of a wealthy society woman who after pursuing Jerry for some time, has married him.

On the opening night, the rest of the company are in the audience, happy at Susie's triumph, and happy that they themselves are once more Good Companions.