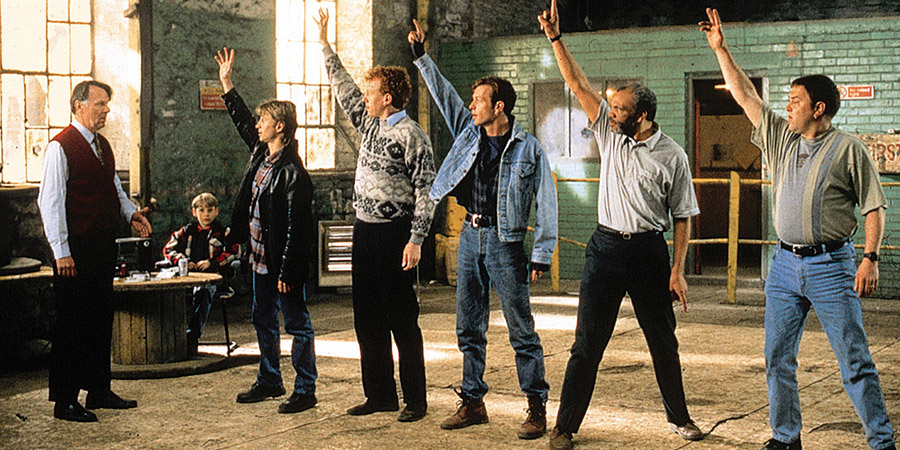 Unemployed and with no jobs going, former Sheffield steelworkers and best friends Gaz and Dave are at their wits' end. Bored and penniless, their days at the Job Centre are more taken up arguing with former boss Gerald than attending one of the scant interviews on offer.

The catalyst for change comes when Gaz discovers that his ex-wife Mandy is seeking sole custody of their son Nathan after his failure to keep up child maintenance payments. In need of just £700 to meet his arrears, inspiration comes from discovering a long queue of women to get into a special female-only night at a local working mens' club where a troupe of male strippers are performing.

There could be a couple of thousand women packed into the room on that one night alone. At £10 a ticket that's big money, fast. With Dave's wife also in attendance and the boys' emasculation complete, their decision is soon made. Roping in the suicidal security guard from their now silent former factory, and Gerald, whose ballroom dance classes they hope will prove profitable toward their own choreography, auditions for the rest of the gang get under way.

Finding two further willing participants is only the start of their problems however. Mandy's becoming ever more vindictive with Gaz, Gerald's struggling to ward off repossession; and Dave's confidence is severely waning. A policeman interrupting a dress rehearsal is the last thing they need - but may yet bring some much-needed publicity...