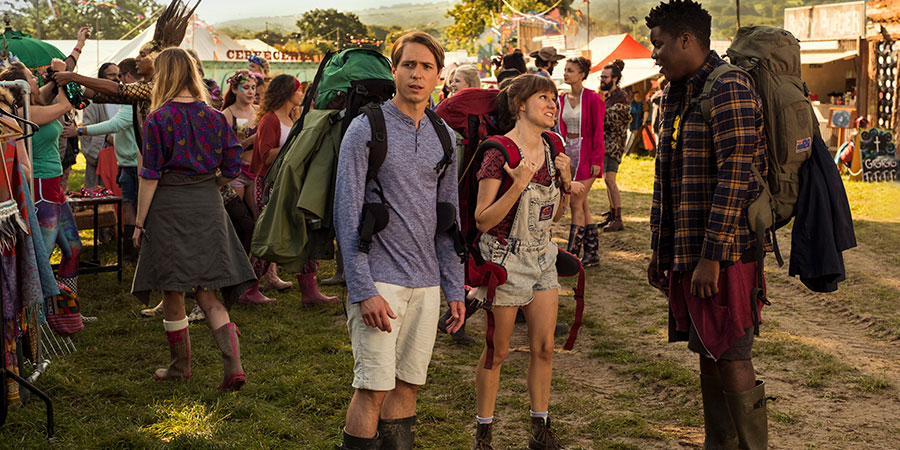 Comedy about a group of friends at their first music festival

When Nick's girlfriend dumps him at graduation, he has a colossal meltdown in front of the entire university. He's convinced his life is over, but his best mate Shane has the perfect solution: three days at an epic music festival.

With the help of "festival aficionado" and certified oddball Amy, whom they meet on the train to the annual event, Shane tries to get Nick to embrace the music, the mayhem and the mud.

However, quickly running in to Nick's ex, Caitlin, and her friends - with whom they'd originally bought their tickets - proves to open the floodgates to a weekend madness of a very different kind; not helped when Caitlin starts growing closer to a cocky promoter and VIP wristband-holder known only as 'The Pirate'.

Between Amy's unending enthusiasm, a series of unfortunate events in the mud, a Smurf, Shane's love for superstar DJ Hammerhead, a whacked-out night on MDMA, some unfortunate body modifications, Nick's own neuroses and a frantic search across the festival site, this is not going to be a weekend to forget.

The Festival - a comedy about friendship, growing up, and going mad in a field.