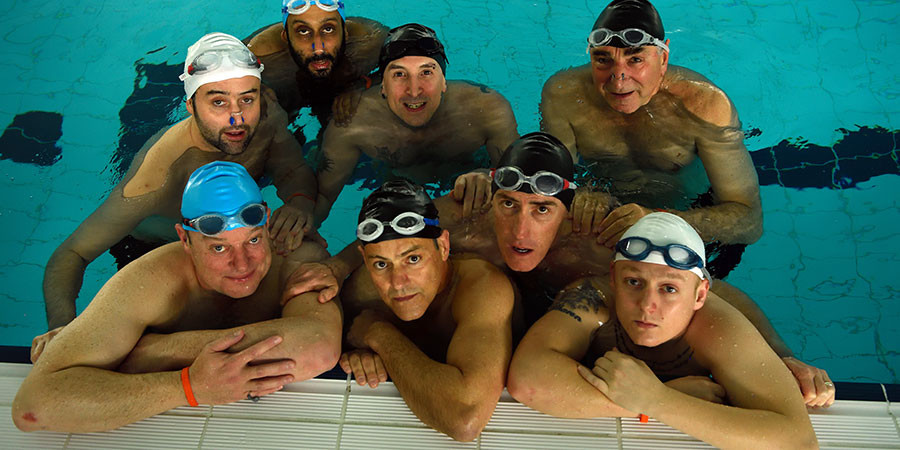 Inspired by the acclaimed documentary Men Who Swim, this is the story of Eric, an accountant searching for a purpose in life and to win back his wife Heather by diving into the world of male synchronised swimming.

Bored to tears by his daily routine and the dullness of his accountancy job in the city, especially compared to wife Heather's new journey as a freshly elected local councillor, Eric has a mini-breakdown. Convinced she is having an affair with her new boss, the slightly-too-charming Lewis, Eric leaves the family home and settles into a less-than-salubrious but nevertheless pricey hotel. Finding his only solace at the local swimming pool, it's not long before a male swimming team catch his eye - and vice versa. With his mathematician's mind, he spots immediately where they're going wrong with their routine and offers a word of advice.

As his frustrations send Eric spiralling further, it's not long before the swimmers approach him with the offer of joining their number. He soon finds a surprising brotherhood in this motley crew, and they are offered the opportunity to compete in the world championships in Milan - unofficial, as men are not recognised by the sport's governing bodies.

With only a month to go they've got much to do to train and get their routine up to scratch. Can their coach Susan whip them into shape? Will they master the 'flower', the 'pyramid' and the 'spinning circle' in time? More importantly, can Eric rebuild his joie de vivre to win Heather back again with the help of his new-found confidence?