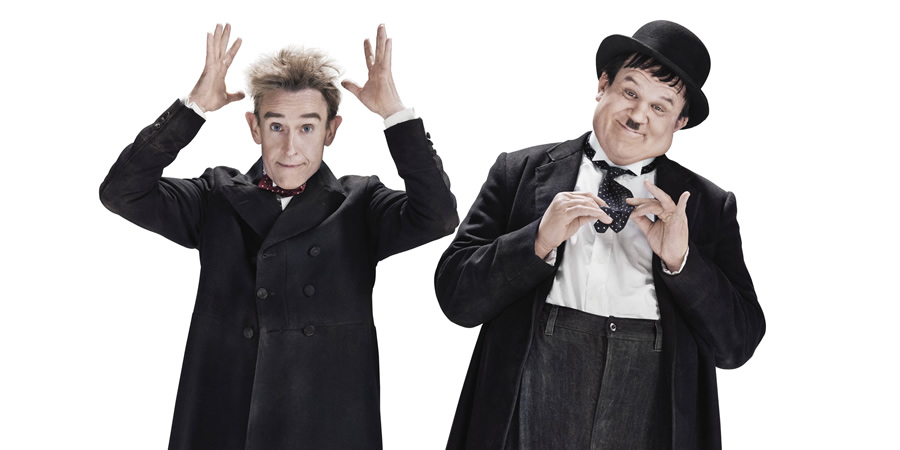 Win a night at the luxurious Savoy

Raise your hat to Stan & Ollie, the wonderful Laurel & Hardy biopic, which is out now as a digital download.

As seen in the film, the stars stayed at London's Savoy Hotel whilst in the capital. To celebrate the digital download release of the film, we've teamed up with the Savoy to offer an amazing prize to readers of British Comedy Guide.

They're offering a one night stay in a Luxury King River View Room, with breakfast for 2 included. The winner will also be able to enjoy a cocktail in the Beaufort Bar and an amazing 3 course dinner in Kaspar's, including the sommelier's choice of wine! You'll be treated like icons Laurel and Hardy themselves.

To be in with a chance of winning this brilliant prize, we need to see your best impression of Stan Laurel's hat trick. Here's a video demonstration:

Simply put on a hat that has a rim, lean against a wall, and - as you blow on your finger - lean back to push the hat up. Film your effort (no more than 10 seconds please) and tweet it to @BritishComedy, @StanandOllie and @TheSavoyLondon using the hashtags #RaiseYourHat and #StanandOllieDownload to be in with a chance of winning. On 21st May, a panel of judges will select their favourite effort.

Raise your hat and good luck!

TERMS AND CONDITIONS
3 x download codes for iTunes: Like the Facebook post or retweet the competition Tweet to be in with a chance of winning. The competition closes on 21st May, at which point three interactions will be randomly selected and contacted. You have one week to respond, or a new winner will be drawn. This competition is UK ONLY.

Savoy Prize: The prize package, for two people, consists of a one-night stay in a Luxury King River View Room with breakfast for 2; a 3 course dinner in Kaspar's including sommelier's choice wine for two; and 1 cocktail each in the Beaufort Bar. The competition closes on 21st May, at which point a panel of judges will select their favourite entry. The winner will have a fortnight to respond, or the second placed entry will be offered the prize. No cash alternative. Travel not included - the winner and their friend/partner will need to make their own way to the Savoy. The Savoy prize package is valid until 31 December 2019, subject to room availability (some dates will not be available).