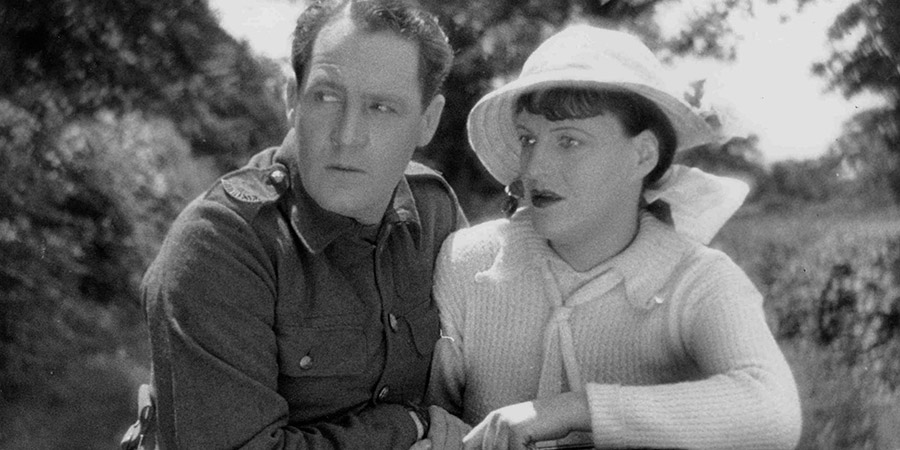 Sally In Our Alley

Comic musical about a young couple separated by the Great War, who find each other again in early 1930s London

Young Lancastrian couple George Miles and Sally Winch are destined to be together; or so it seems until he is called up to serve for King and Country in the Great War. Leaving a framed photograph of himself and a promise to return, he in turn takes a photograph of her in his wallet and embarks on service.

Some years later, gravely injured by the fighting and fearing permanent, catastrophic disfigurement, George - laid up in a military hospital bed - sends wartime pal Alf back to England to find Sally and tell her he's been killed, so that she may move on unencumbered by his disability.

Sally, meanwhile, has relocated from rural Lancashire and become a popular fixture at Sam Bilson's coffee shop, just off the Mile End Road in East London. She has held out for George's return, and pulls in the customers for her employer with her powerful singing voice, occasionally performing especially but always singing from behind the counter.

Alf initially relays the story he promised, of George's sad demise in the line of duty: but a secret rarely remains a secret long, and the truth of his survival soon spreads to Sally's ears. He further explains that George has in fact married another woman in the Far East, which finally breaks Sally's spirit - but it is not long before George himself has realised that, following further army physical treatment, his long-term injuries amount to little more than a pronounced limp, and sets off to win his true love back.