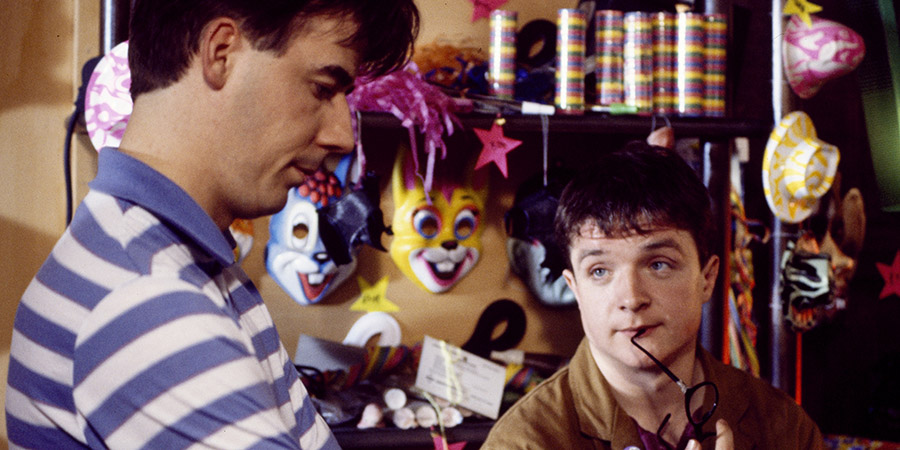 Stuck in dead-end jobs, impoverished young adult Edinburgh friends Will and Ronnie stumble upon a motorbike-bound life of crime in the Highlands.

Taking to their Japanese two-wheeler, the friends begin holding up cars on remote, isolated roads amidst the beautiful wilds of their native land, but after being mistaken for pranking, fund-raising students, joke-shop staffer Ronnie decides it's time to step up a gear and procures a gun so they can begin taking on packed tourist coaches.

Donning fancy dress disguises - one a clown mask and the other a wolf - the duo's antics are soon making headlines across the country. But Will is less comfortable with their endeavours and insists that they begin giving some of their ill-gotten gains away, riding through deprived areas such as their own and throwing bundles of cash into the air. To their mild horror, these actions only increase their notoriety, as they begin being hailed across the globe in comparisons to Robin Hood. It's not long before visitors are flocking to the region with the expression hope and intention of being robbed!

Meanwhile, after a series of American tourists are held up on the coaches, the US government despatches CIA detective Fritz Bender to bolster the meandering efforts of the local Scottish police force in attempting to catch the crooks; but his new colleagues - and his own divorce proceedings back home - prove far more a hindrance than a help.

As Ronnie takes more and more to their life of crime, Will continues going in the other direction. Ronnie falls in with a group of truly ruthless gangsters and professional criminals, who encourage his willingness to utilise violence on the hold-ups, whilst Will falls instantly in love for the tour guide upon one targeted coach.

With the police - slowly - beginning to close in on the pair, and some of those around them working out their secret, the friends are drawn further and further apart: can they reconcile and reject the ever-downward spiral into a life of hardened crime?