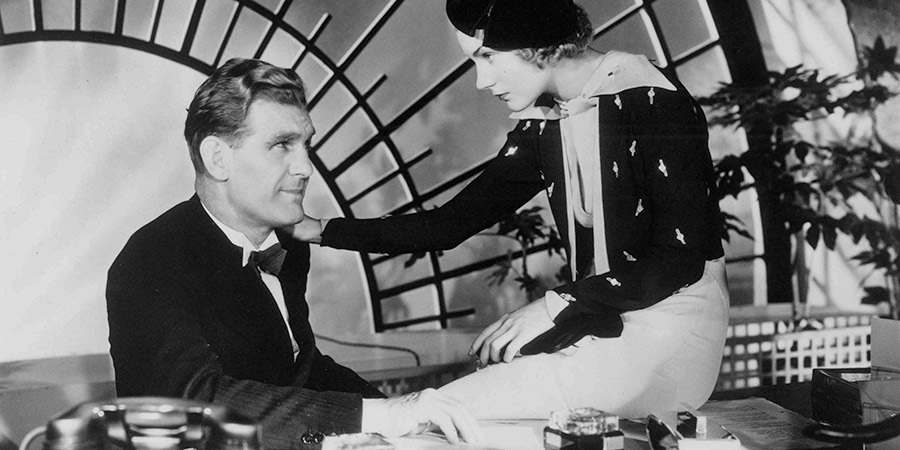 Musical comedy starring Will Hay as the Director General of NBG radio, who has never set foot in his own studios

The National Broadcasting Group is a prominent provider of radio entertainment - but the public are far from amused by its output.

Stuffy, aloof and unappealing, the only letters the organisation ever receives are those of complaint, and office worker Jimmy Clare is convinced he could do better. Complaining to a colleague in the gentlemen's lavatories one day, he laments that the Director General is surrounded by yes men and never even seen by the rest of the staff, and that the company's problems are all too apparent, yet easily solveable.

Predictably, the colleague turns out to be none other than the aforementioned Director General, William Garland. Struck by hearing an honest appraisal of his station, he soon summons Jimmy to his office and offers him the opportunity to do something about it, on a month's trial as his new Programme Director, in charge of the broadcaster's content.

Jimmy wastes no time in setting about organising an entertainment spectacular, recruiting the very best acts from the world of stage and music hall, but the Theatre Trust, to whom most of them are contracted, puts an end to his plans when it blocks them from appearing on the station, lest it cannibalise their own audience. Together with his new secretary - unbeknownst to Jimmy, Garland's daughter, Joan - the eager young man sets about identifying untapped talent amongst the NBG's large pool of staff.

Initially alarming, a late-night encounter with a crazed-seeming inventor soon offers Jimmy and Joan the icing on the cake that'll take the wind out of the sails of both her father and the Theatre Trust at the same time!