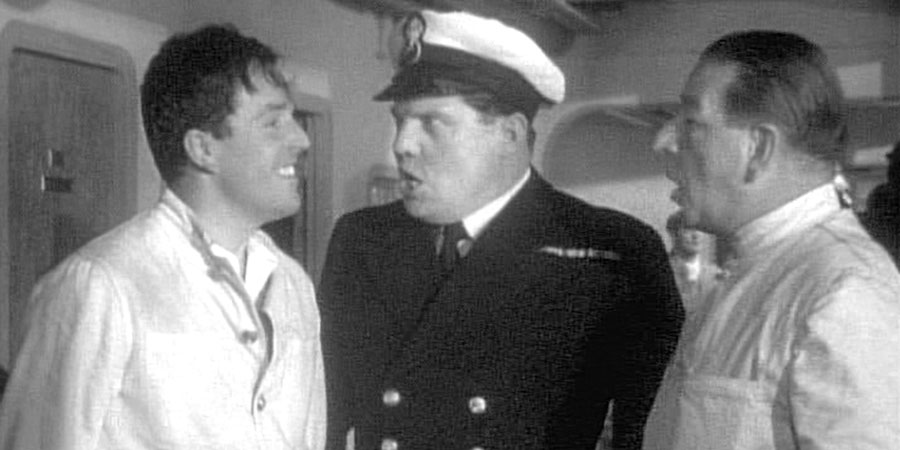 Not Wanted On Voyage

As an ocean liner prepares to set sail, its spiv-like steward, Albert Higgins, is given the task of training a new recruit: the hapless and hopeless Cecil Hollebone.

With Albert using his Cockney charm and cunning to extract every last penny he can from the passengers, Cecil's ineptitude incurs the wrath of the Chief Steward. But when the villainous Guy Harding and Julie Hains steal a priceless diamond belonging to another passenger, his bumbling sets the pair on the right path.

Suspicious of Guy and Julie but with no evidence, the duo have to follow them ashore, disguise themselves as Arabs, find and retrieve the diamond, and convince the Chief Steward and Captain of their story! It's a comic caper and a half, and a rush against time before the criminals get away with it and deprive the widow Mrs. Brough of her jewel for good.