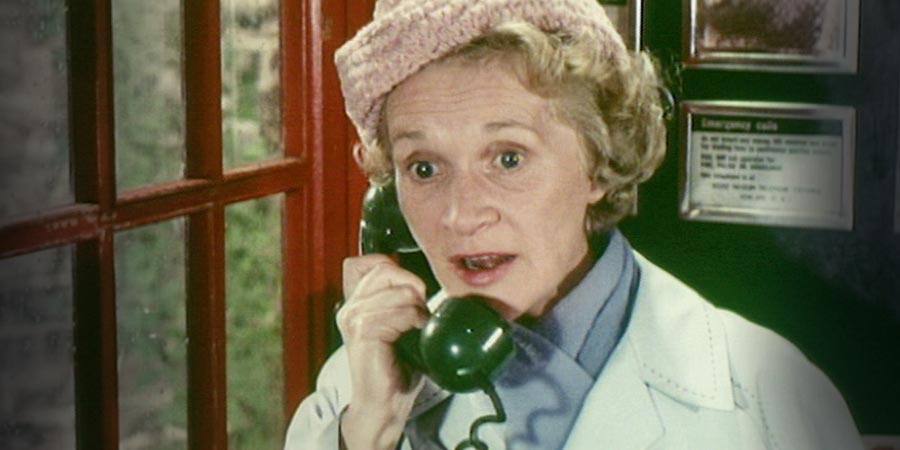 After being mistakenly declared dead, elderly Jeannie MacTaggart makes trouble for the officials who won't correct her records

Returning to her village home from a trip to Glasgow, Jeannie MacTaggart is perplexed when all those she greets turn and flee - but soon has suspicions after seeing her own gravestone in the church yard!

With her trip unknown by anyone else, when her 30-year-estranged twin sister arrived on her doorstep and promptly suffered a fatal heart attack, they naturally assumed it was she, Jeannie, who was laid up and about to be buried. But although, now safely returned and very much alive and kicking, she is able to clear up the confusion, an officious local record keeper insists there is nothing he can do to 'correct' the official records and rescind her death certificate!

Understandably frustrated by his obstinance and her continued deceased status, Miss MacTaggart is riled further when she discovers that her Post Office savings account has also been closed, meaning she no longer has access to any of her money. Maybe, if she commits a crime, the police will be forced to officially re-recognise her as a living person...?