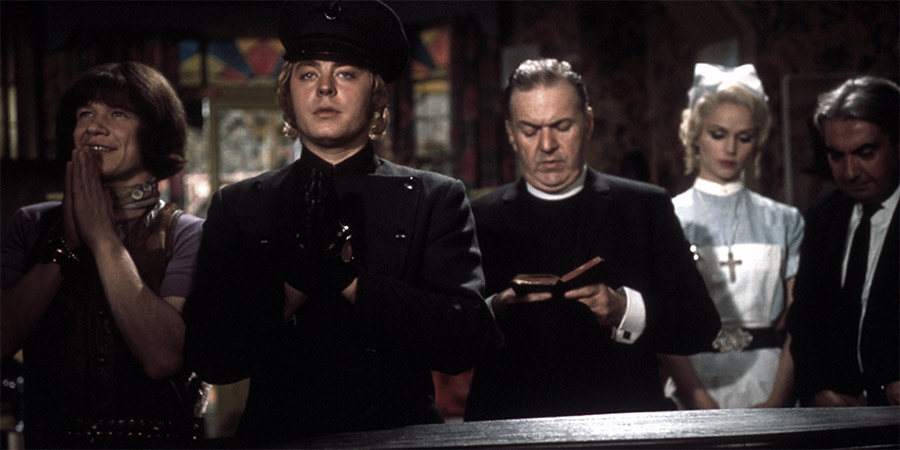 Best friends Hal and Dennis have a plan: unfortunately, it necessitates the death of Hal's mother, currently declining rapidly with a terminal illness and under the care of a private nurse in the Brighton hotel she and his father run.

When Mrs. McLeavy does finally take her last, the boys spring into action. Dennis works for a local undertakers', whose funeral parlour just happens to be directly adjoining a bank. Under cover of darkness, the tunnel their way through the wall and empty the bank's safe of cash, stashing it underneath Hal's mum in her coffin.

The initial steps of the plot all go to plan, but troubles begin when they find that they've taken just too much money to fit into the coffin as well as the body. A work-around is hatched, but the plot to liberate the cash when Mrs. McLeavy's coffin heads home, ahead of the funeral proper, begins to go awry when the nasty, suspicious, and extremely eccentric Inspector Truscott arrives to handle the investigation.

Soundtrack
Music and lyrics by Keith Mansfield and Richard Willing-Denton.
Laugh track
None