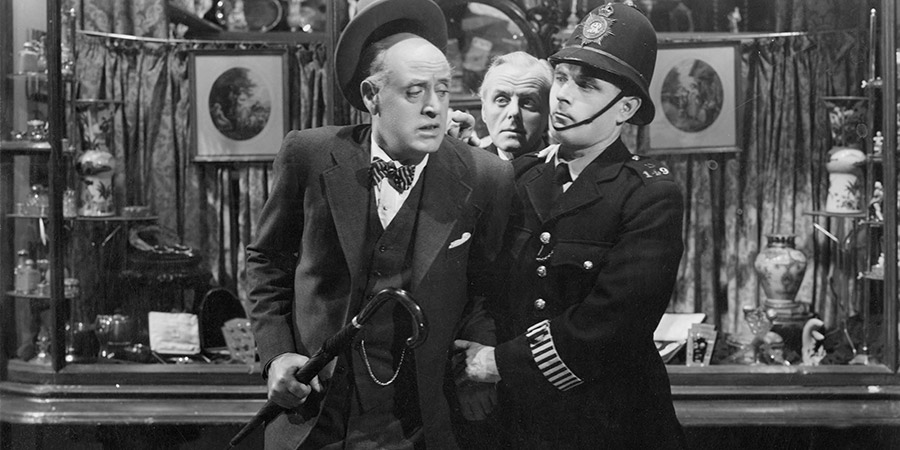 Renowned practical joker Henry Russell dies, leaving each of his four surviving relatives £50,000 - upon the condition that they meet the obligations of a very specific, tailored task in order to inherit.

Gathering for the reading of the will, his uptight sister Agnes is particularly outraged, and learns she must find and keep gainful employment as a domestic maid for at least a month. Cousin Simon, a rakish playboy, is instructed to marry the first single woman he speaks to after leaving the room; mild-mannered bank clerk Herbert must hold up his own bank manager at (toy) gun-point; and retired army officer Deniston - now a secret trash-novel author with a range of pseudonyms - must be convicted of a crime and spend at least 28 days in prison.

As each of the four begins to consider and set about their respective tasks with some trepidation, they find not just their worlds challenged, but their entire personalities. Can Herbert summon the courage to even stand up to his boss in a normal environment? Is Simon able to curtail his womanising ways? Just how is Deniston going to delay his marriage - set for just a fortnight's time - in order to fulfil his own challenge? Henry's not had his last laugh just yet!