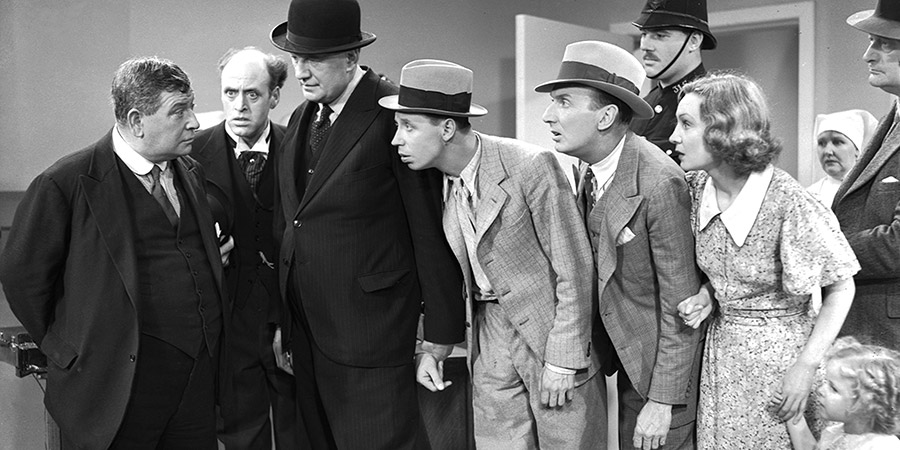 A large inheritance is secreted in one of a set of chairs: when they are separated for auction, intended recipient George Withers embarks on a hunt to find the valuable one

Upon her death, Georgina Withers bequeaths all of her financial estate to a series of good causes, with her possessions to be sold at auction. There is just one small exception: a letter, for her nephew George.

As the rest of their grasping relatives storm out of the reading of her will in anger, black sheep of the family George receives the letter and is startled by its contents. As he's the only one of the clan not to have attempted to gain her favour, she's stashed a hoard of jewellery and bonds inside one of her grand dining chairs - all he has to do is go to the auction and buy them!

Penniless, thrown out by his landlady, and finding himself forming an unlikely allegiance with the similarly poor young woman (and her niece) who have been let his former room, George duly attends the auction and wins the lot - but a quarrel ensues when they ask him to pay before he receives the goods!

Unable to fork out even the relatively tiny £16 sum he's bid, the chairs are split and sold as individual lots. George determines to trace down each and every one, but he'll still need some financial backing to do so. Unfortunately the family solicitor turns out to be the very last man he can trust, and so begins a race against time to find the chairs, and the loot, before anyone else!