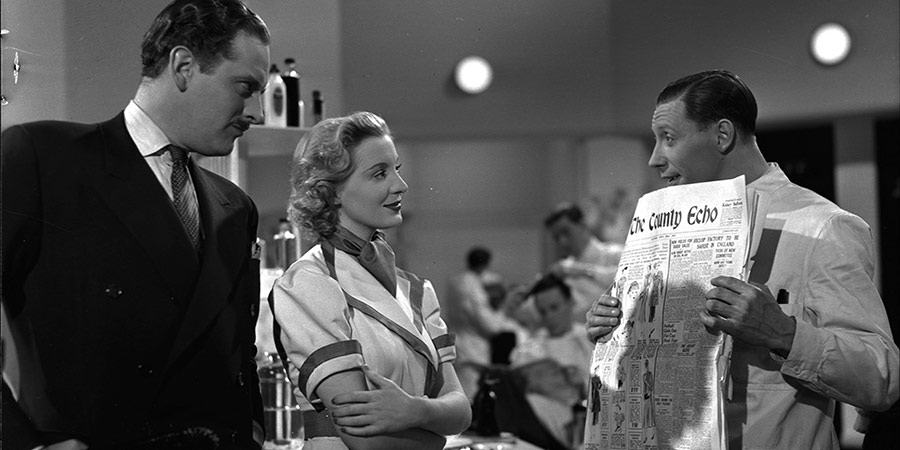 Mild-mannered George Green works as a barber's assistant at a large department store, where he longs from afar for his colleague, manicurist Joan Allen. To his frustration, she's already seeing one of their colleagues - gruff, arrogant bully-boy Hector Kent.

The two local newspapers - the Echo and the Gazette - are, meanwhile, locked in a sales and promotions war. Following the latest round of tricks between the two publications, a fitness campaign and contest is launched, designed to pull in as much interest as possible.

Unfortunately for George, managers at his store are keen to get in on the publicity by putting as many members of staff up to compete as possible. Conscious of his own thin frame, George wishes he could take part - and is eventually tricked into doing so, on the thought of taking on Kent and impressing Miss Allen!

Predictably, the gambit backfires on poor George, who is poised to become a laughing stock until a freak confrontation on the street sees Hector knocked out cold on the floor! Vying for revenge, he challenges Green to a formal rematch - and this time both newspapers smell money in the air.

Assisted by friend Ernie, George begins training hard. If he does well, he's sure to win the heart of Joan in the process.