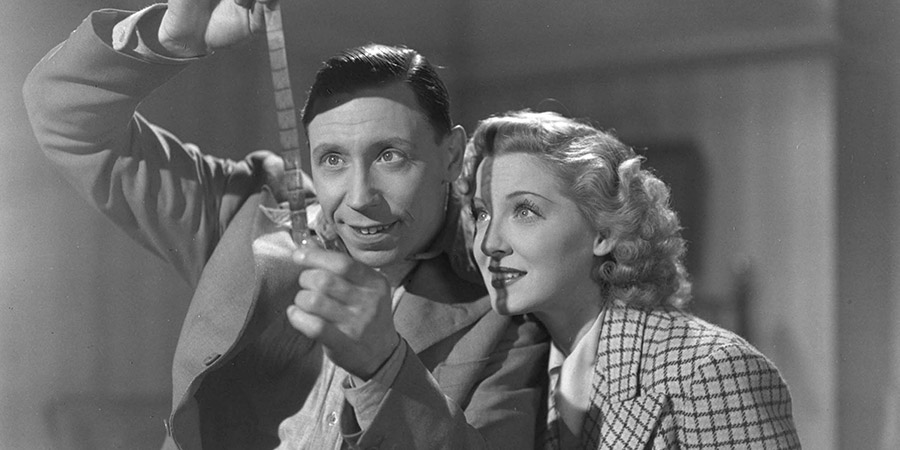 Photographer George Bright falls for an ice dancer, but finds himself unknowingly caught in a newspaper rivalry

Finding himself on the way to London with no money and the wrong ticket, there's no doubt he's lost his job - but he quickly falls for fellow Mancunian traveller, Judy Gaye, an ice dancer heading to seek fame with a West End engagement. However, Judy's sometime professional partner, Paul Martine, has his own designs upon her and takes an instant dislike to George's cheery, luckless demeanour.

Stuck in London with no money, Judy finds George a small job backstage at the skating show she and Paul are engaged to play. Also a small-time inventor, George has with him a small camera concealed in a bow-tie, with which he takes a series of snaps of the production and around the theatre. Hopeful of becoming a well-paid professional for Fleet Street, he offers some of his shots to a major national publication, little realising that he has caught evidence of its editor with another man's wife!

Meanwhile, Paul is pulling a series of dirty tricks to undermine Judy's fondness for George, and with the newspaper keen to secure all copies of Bright's photographs, it looks increasingly likely he'll get away with it - even landing George with a spell in prison! A hotly anticipated ice hockey match, with Paul set to play for one of the teams, is the location of the final showdown, between business rivals, love rivals, and a very grateful wife!