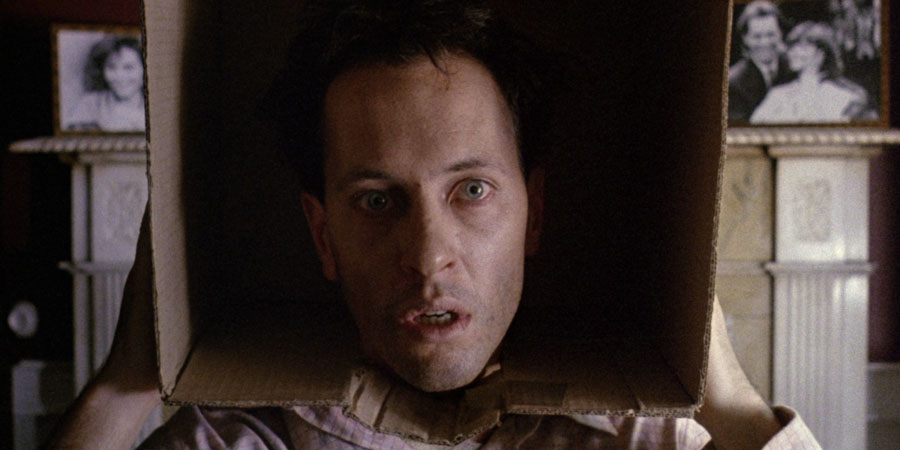 How To Get Ahead In Advertising

Satire on advertising, starring Richard E. Grant as an ad man in the midst of a breakdown

Advertising executive Dennis Bagley is one of the profession's high-fliers. A ruthless streak and a great creative mind combine to make a man who can sell nuclear arms to pacifists. In short, anything to anyone.

There's just one problem. Skincare. Boils, spots, pimples: whatever one wishes to call them, they just seem to stultify Bagley's brain. Far from coming up with winning slogans and catchy jingles to enthral the masses, he can barely come up with an idea worthy of writing down on paper.

It is there that Dennis's problems begin. Already overworked, his inability to come up with a whisper of a campaign for a new spot cream is playing increasingly heavily on his mind. With both his boss and the client demanding results, he heads home for the night. And there, on the train, somewhere just outside Datchet, he snaps.

Advertising. It's a plague. A monstrous carbuncle on the face of the planet. Selling us things we don't want, and things we certainly don't need. Something must be done. And he's just the man to do it. But when he develops a boil of his very own, Dennis embarks on his darkest path yet. It begins to speak. Taunting him. Goading. Driving him slowly crazy.

But what can an ad man do when everybody stops believing him?