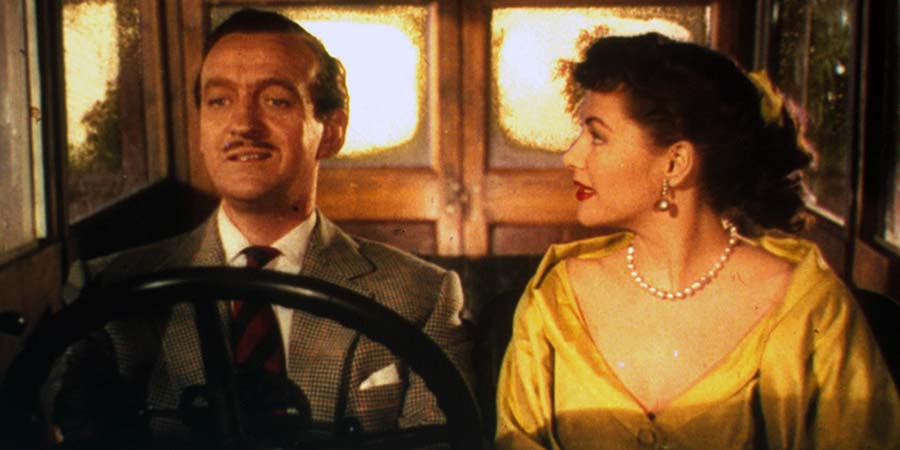 The happy, peaceful village of Rathbarney is alive with excitement as the benevolent squire - 82-year-old General O'Leary - prepares for the hunt's traditional start of jumping a high wall. However, his equally ancient horse refuses at the last moment and sends him on the journey alone!

Quickly rescued but fatally much the worse for his experience, the General is rushed back to bed and gives his final orders: the hunt gala ball should go ahead; all debts are to be cancelled; a few thousand-pound gifts are awarded; and a nephew he hasn't met, Jasper, is to be the heir to the estate.

Jasper is warmly welcomed upon his arrival a few days later, but his manner quickly alarms the locals: cold and officious, he demands all debts be paid (including those his late great-uncle cancelled), rents are collected, "registered" poaching stops on his land, and he even sacks old Thady, the faithful retainer, for being "slightly" drunk.

Initially hoping that Jasper will settle into local life, the villagers are soon dissuaded of any such notion: even Major McGlusky, the other local land owner, fails to reason with the newcomer.

Whilst they grow increasingly worried over this threat to their formerly carefree way of life, McGlusky's daughter Kathy finds it more difficult to attract the attentions of dashing local Doctor Michael Flynn with the recent return of his ex-fiancée, her sister Serena. Although once more - very much half-heartedly - restarting her relationship with Michael, Serence less-than-secretly finds herself drawn and suited to Jasper, and he vice versa.

As the gala hunt ball arrives, the new squire announces it will also be the last: he shan't support such local endeavours, nor blood sports, any longer. For the Rathbarney populace this is the last straw. Grouping in the local pub, they decide that Jasper must be "removed" if they are to regain any peace, never mind the easy life to which they are used.

Drawling lots to determine who has the honour of doing the deed, gormless potboy Terence lands the task - but, all unknowingly to the others, each of the other men assembled decides to take on the job themselves, as there's no way the young, nervous, accident-prone lad can pull off such a plan!

As O'Leary Night approaches the villagers pull together in a rather unwitting manner in attempts to get rid of their new neighbour, it remains to be seen whether things will indeed go off with a bang...

Production company
Also known as
Soundtrack
My Heart Is Irish by Michael Carr. Other music composed and conducted by Stanley Black.
Laugh track
None