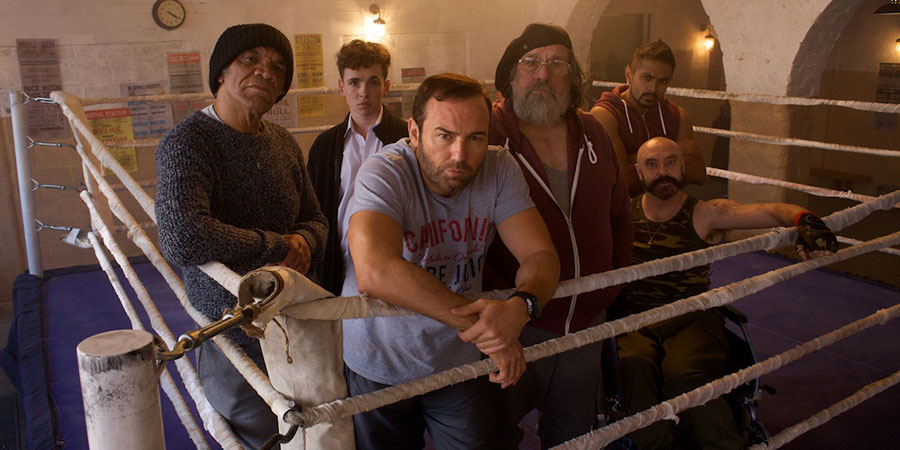 Gloves Off follows Doug who, after the sudden death of his trainer during his championship fight, has inherited a crumbling debt-ridden gym, packed with a mixed bag of crazy would-be boxers.

He's attempted to patch over the cracks in the establishment's finances with a series of loans, and now a particularly unscrupulous, bitter lender is calling in the debt.

Doug faces an ultimatum: he must raise almost £50,000 in a matter of weeks or see his mentor's legacy repossessed, demolished and replaced with a jumped-up pilates parlour for stock brokers. All seems lost until the mother of a weedy teenage newcomer to the gym discovers their plight and reveals that they are of Roma stock: and she might just have a plan that'll raise the cash they need.

However, the plan means Doug facing his demons and taking on the challenge of a lifetime: training her slow-witted brother to fight in a no-holds-barred, £100,000 winner-takes-all, bare-knuckle contest against the reigning 'King of The Gypsies', mammoth man-mountain, Irishman Big Bill Brady.