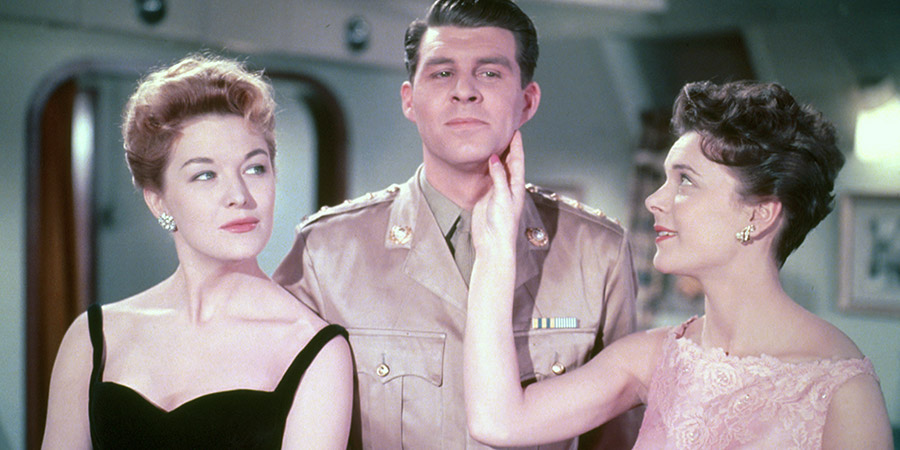 Comedy set aboard a naval warship playing host to three female stowaways, and the Captain and Commander's attempts to keep their presence secret

Comedy set aboard HMS Scotia, a warship in Her Majesty's Royal Navy, playing unwilling host to a number of female stowaways.

At anchor off the coast of Cannes in the south of France, the crew of HMS Scotia throw a party with a group of civilian guests. Marine Captain Bobby Randall finally has the perfect opportunity to propose to his girlfriend, Jill, who accepts.

Meanwhile, Cannes local Antoinette is enraged to discover she's been lead on and lied to by Marine Ogg. Intending to report him to his captain, she sneaks aboard amongst the party group, before hiding in a technical room and finding herself locked in.

Visiting with her American cousin, Mary, she and Jill remain on the ship for dinner and a few further drinks with Bobby and the Commander after the party has finished. Unfortunately a breakdown of the last boat back to shore leaves them stranded aboard: ship Captain Maitland is not initially pleased to discover their presence, but far more relaxed when he meets the glamorous Mary!

Maitland's intent to simply send the girls ashore as soon as the small vessell is fixed in the morning is thrown into disarray when he receives midnight orders to play host to Admiral Hewitt, also in the area, ferrying him to a NATO conference in Genoa! There quickly ensues a frantic switching of rooms and bunks to ensure that the Admiral is left in comfort and the girls undiscovered. Much easier said than done.

And then there's Antoinette...