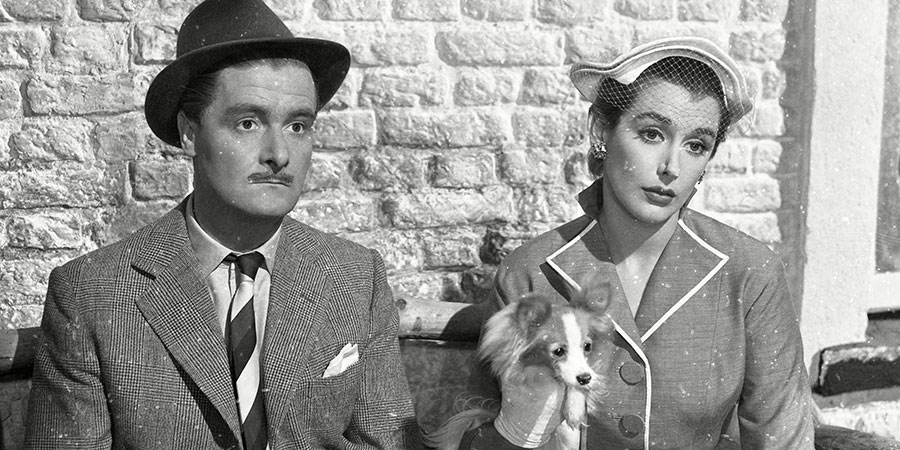 Venturing by train for a romantic weekend in the country, a young couple become separated and husband Peter entangled with an old flame

Missing a holiday train can lead to such complications - as Peter Wykeham finds to his cost! Happening upon ex-girlfriend Carol at a book-stall at Paddington Station, he manages to forget all about the imminent departure of his train from the platform mere feet behind him, and with it his charming wife, Barbara, waiting patiently in a first class compartment! Despite the best endeavours of a station porter, both he and Carol - also due on board the same service - are caught in their conversation and oblivious until the train is already steaming out of the station.

After returning briefly to Peter's apartment to collect their thoughts and make fresh arrangements, he and Carol are soon heading westwards in pursuit by the means of a hired car. But before long the vehicle breaks down, and the only thing between them and a night under a hedge is 'The Bull At The Gate' inn. Unfortunately, there is only one bedroom available, and Mrs. Gullett is far more hostile than hospitable!

Peter spends an unhappy night roaming the inn in search of an odd corner to lay his weary head, all the while attempting to keep up the pretence to Gullett's eyes that he and Carol are married to each other; alas, he encounters the increasingly suspicious, short-tempered landlady at every turn. Eventually Carol invites him to sleep on the floor beside the bed in 'their' room, but it proves an equally uncomfortable (and draughty) business; then her beloved dog starts howling outside in the wind and pouring rain...

Carol insists that Peter bring her pet in from the barn: he gets soaked to the skin in the process, and there's nothing for it but to undress. He has just shed his dripping clothes when the door bursts open - and in walk his parents-in-law!

After the ensuing row subsides, and following a sleepless night by almost all (particularly Barbara's father, George, who has been getting steadily drunk in the bar), Peter's disillusioned wife - and Carol's shocked husband, an MP no less - arrive. Carol is lucky the Honourable Member accepts her explanation with barely a second thought, but Barbara is less forgiving of Peter, not helped by her father bursting in with a rather worse-for-wear, mixed-up retelling of the night's events! As she departs and drives angrily away, it is left to Peter once again to give chase, this time in George's car.