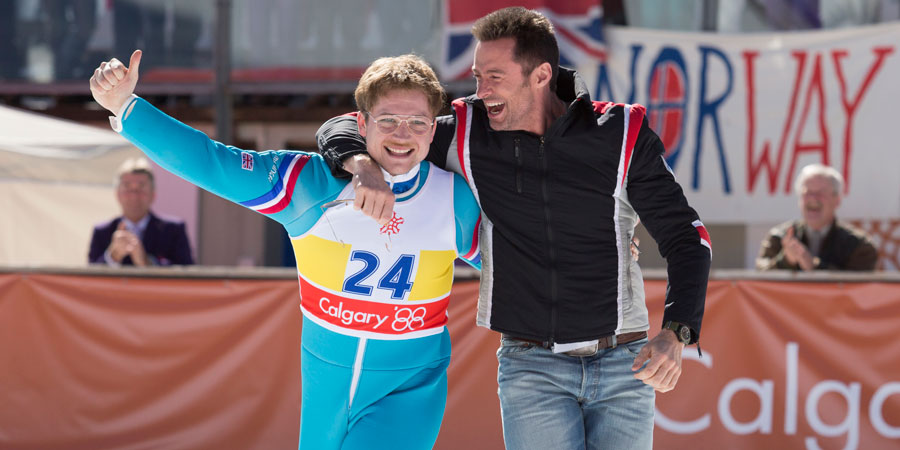 Inspired by true events, Eddie The Eagle is a feel-good story about Michael "Eddie" Edwards, an unlikely but courageous British ski-jumper who never stopped believing in himself - even as an entire nation was counting him out. With the help of a rebellious and charismatic coach, Eddie takes on the establishment and wins the hearts of sports fans around the world by making an improbable and historic showing at the 1988 Calgary Winter Olympics.

Eddie's story is inspirational. Although he was never athletically gifted, from an early age he dedicated his life to achieving one goal: to become an Olympian. Eddie tried his hand at various sports and disciplines, before settling on downhill skiing. Having narrowly failed to make the British team at the Winter Olympics in 1984, he recalibrated and switched to ski jumping.

There were several problems here: Britain had never had a ski jumping representative at a Winter Olympics. And Eddie had never even attempted a ski jump before. He was heavier than most ski jumpers, all of whom started at a very early age, he had no funding, very little training and his terrible eyesight meant that he had to attempt jumps while wearing glasses that would dangerously mist up mid-jump. Yet his indefatigable spirit prevailed. Begging and borrowing equipment, Eddie was the sole British entrant at the 1987 World Championships, where placing 55th was enough to see him through to the 1988 Winter Olympics in Calgary, Canada.

Calgary was where Eddie really took off, literally and figuratively. Although he placed last in both his events - the 70 metre jump and 90 metre jump - he became a media darling (he was quickly dubbed "The Eagle" by the tabloids) and something of a folk hero, famous for his unorthodox style, appearance and will to compete.