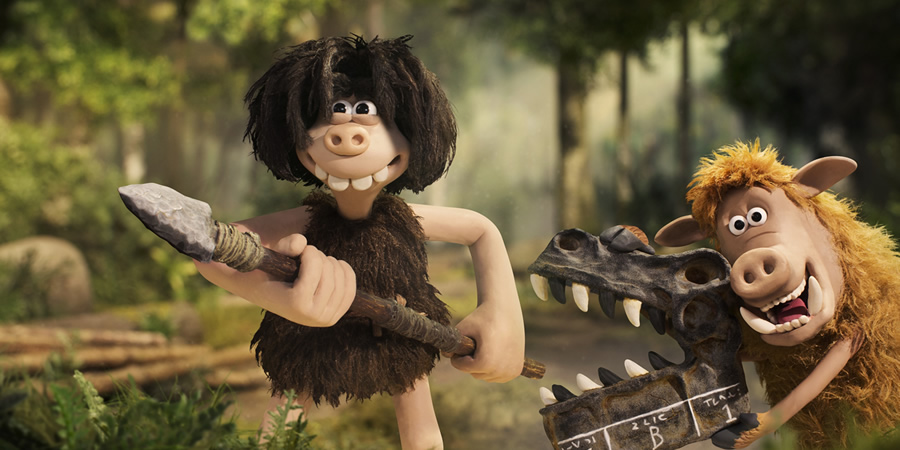 Comedy film from Aardman Animations about a caveman

Set at the dawn of time, when prehistoric creatures and woolly mammoths roamed the earth, Early Man tells the story of how plucky caveman Dug (voiced by Eddie Redmayne), along with sidekick Hognob unites his tribe against the mighty Bronze Age in a battle to beat them at their own game.

Tom Hiddleston voices Lord Nooth, the governor of the Bronze Age town who is a money-loving tyrant and rival to the film's Stone Age hero, Dug.

Maisie Williams (aka Arya Stark from Game Of Thrones) joins the voice cast as Goona, the gallant and indomitable rebel who befriends the film's hero Dug and helps steer him through the clash of the Stone Age and Bronze Age civilisations.

Maisie says: "I'm a huge Aardman fan - having the chance to work with Nick Park is a dream come true, especially as I get to voice such a fantastic character as Goona. I can't wait for audiences to meet her".

Nick Park said of the casting: "Maisie is a terrific actress, and she is of course no stranger to embodying a valiant heroine. I'm most excited to see her breathe life into Goona - I know she'll be the perfect ally to Eddie's Dug".

More cast details have been announced, with the casting of "The Tribe". It will feature Richard Ayoade as Treeboa, Selina Griffiths as Magma, Johnny Vegas as Asbo, Mark Williams as Barry, Gina Yashere as Gravelle and Simon Greenall as Eemak.