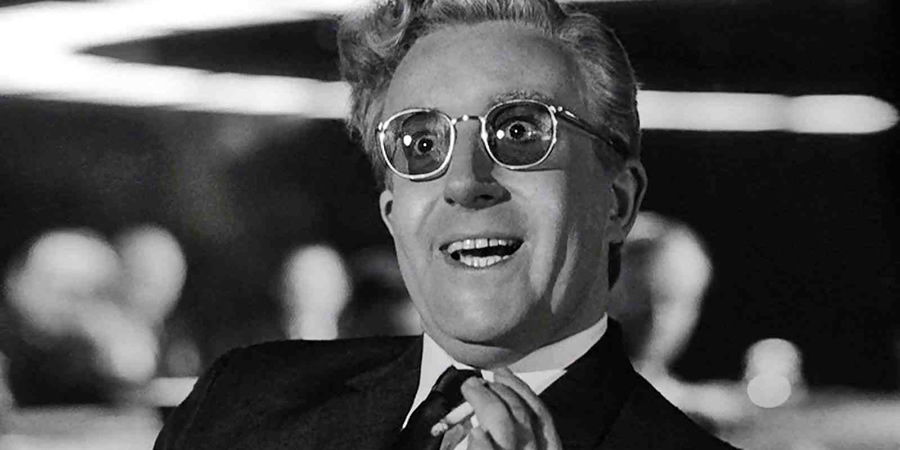 Dr Strangelove Or: How I Learned To Stop Worrying And Love The Bomb

At the height of the Cold War, American Air Force Brigadier General Jack D. Ripper (Sterling Hayden) orders his executive officer, RAF Group Captain Lionel Mandrake (Peter Sellers) to put his base on alert and sends pilots to deliver an air attack on Russia. However, Mandrake discovers that Ripper has has become rather deranged, as he believes the Soviet Union is planning to pollute the Americans "precious bodily fluids".

Upon the news of the attack, American President Merkin Muffley (also Peter Sellers) arranges a meeting in the War Room of the Pentagon. He tries to do his best to stop the attack, but there are those who are keen to get the first strike against the Soviets. Instead the President contacts the Soviet ambassador Alexei de Sadeski (Peter Bull) to contact his premier via the "Hot Line".

Things however become worse when de Sadeski tells the Americans that in the event of a nuclear attack on his country a "Doomsday Machine" will activate, wiping out the population of the entire world. Nobody knows exactly what to do about this, but one man does have a plan: the President's wheelchair-bound scientific advisor, and ex-Nazi complete with uncontrolable stiff-saluting arm, Dr. Strangelove (again, Peter Sellers).