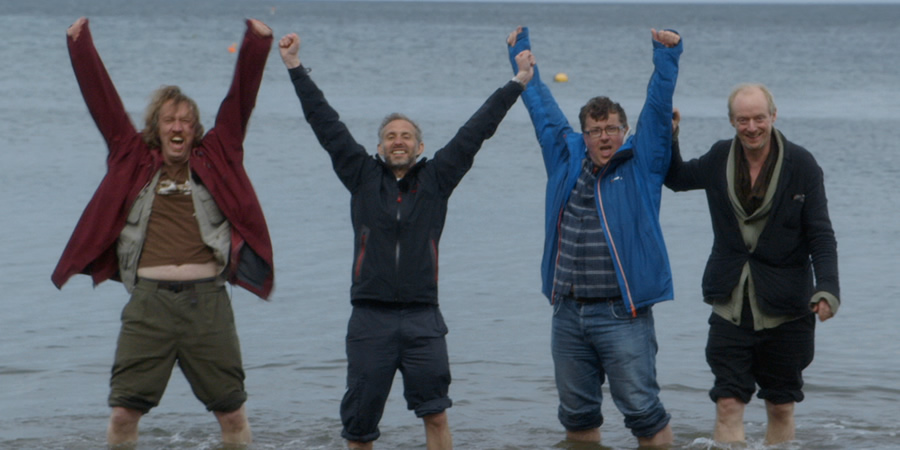 Four old school friends remind one another why they've not caught up in more than 20 years.

Gordon is determined that he and best friend Keith will conquer Wainwright's Coast to Coast Walk from St Bees in Cumbria to Robin Hood's Bay in North Yorkshire.

He also believes that having his film student son document the adventure is the perfect way to commemorate their achievement, but when a stray conversation determines that old school friends Steve and Julian join them on the trip, best laid plans lead straight to multiple mid-life crises.

Downhill is a comedy of errors, a testament to the tragically incompatible, and a blow-by-blow account of the highs and lows of decades-long friendships.