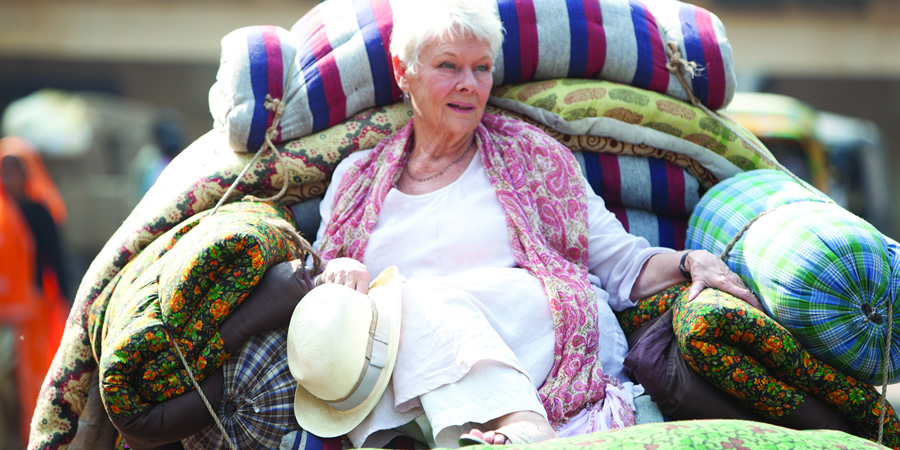 'The Best Exotic Marigold Hotel' is supposed to be India's answer for the UK's most elegant retirees - a place where they can spend their golden years surrounded by lush amenities - that is, until seven retirees who are in need of a transformation find themselves on the front steps of the not-quite-ready resort.

Arriving in sun-baked Jaipur, with only the hope to begin their life anew amidst their own personal baggage are: the bereaved and financially stranded Evelyn, the disillusioned High Court Judge Graham, the quarrelsome couple Douglas and Jean, the die-hard love seekers Norman and Madge, and Muriel - who intends to have her hip replaced and immediately leave India for good. They are all at the mercy of the hotel's ambitiously naïve young owner, Sonny Kapoor, who inherited the once-sophisticated building from his father hoping to turn it into a high-end luxury hotel. So far, he might only have chaos to offer, but what Sonny lacks in resources, he makes up for in enthusiasm.

Still, the new residents are aghast to find "improvements" to the property have stalled, leaving such amenities as water, electricity and phones iffy at best. They are equally disoriented by an India full of contrasts, at once intoxicating and frightening, traditional and modern, beautiful and strange. At first, these seven newcomers seem unsure about what the future might hold. However, as they begin to forge new friendships, they make some unexpected discoveries and start to let go of the past.