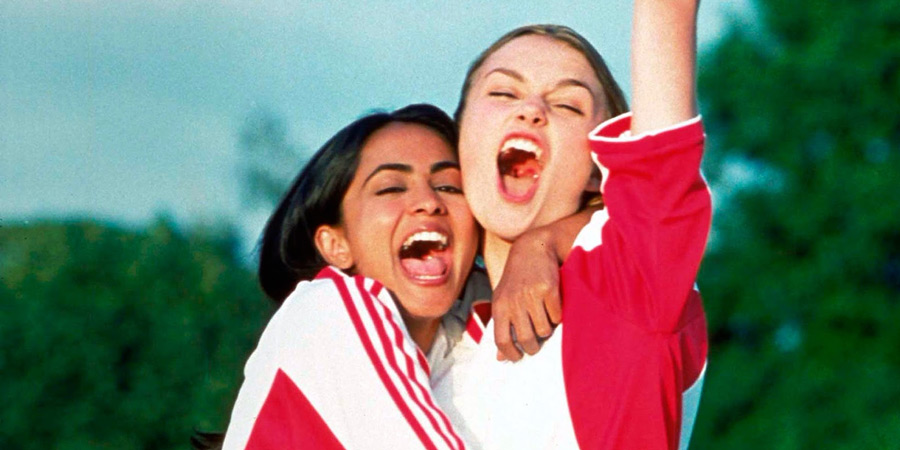 West London teenager Jess Bhamra dreams of having a professional football career, even though her parents are determined that she study to be a lawyer. When she is invited by local girl Jules Paxton to join a women's football team, Jess jumps at the chance, and the team's coach Joe is impressed with her abilities. With Jess and Jules on board, the team begins a winning streak which puts them on track for the finals. However, in the face of continued opposition from her family, and after a falling-out with Jules, Jess is forced to reconsider her future in the game.