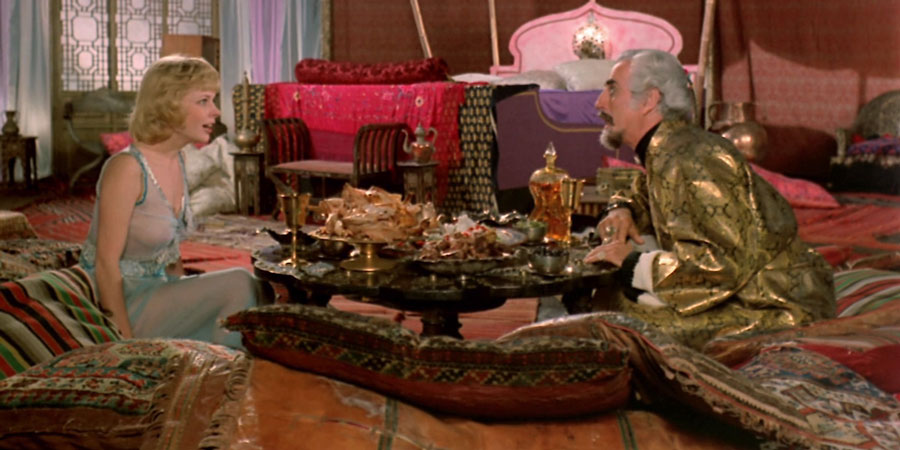 Their arrival at London's Overseas Employment Agency kicks off a rollercoaster 24 hours for each of four newly-arrived international beauties, fresh in England to work as domestic au pairs.

Colour TV-obsessed, irrepressibly bouncy and bubbly Swede Anita is assigned to middle-aged suburban couple the Howards, but quickly gets off on the wrong foot when her shower leaks through to the ceiling below. Chinese Nan Lee is sent to the imposing home of aristocrats Lord and Lady Tryke, who're looking for help in raising - or perhaps molly-coddling - their naïve, sheltered adult son.

From Germany, innocent virgin Christa is quickly lead astray and into the world of still-swinging mid-1970s permissive London by her employer's similarly 20-something daughter: a path she quickly comes to regret, despite the enjoyment of hip nightclub Groovers.

Finally, beautiful Dane Randi finds her position with the family of short-tempered company owner VW. But being picked up from the agency by VW's amorous son, Stephen, proves an unsuccessful start to her time in Britain. When his car breaks down on a country road, a chain of events sees the pair soaked, clothes ripped, soaked again, and forced to spend the night sheltering in the car in an underground car park! Still, there's an obvious way to keep warm...