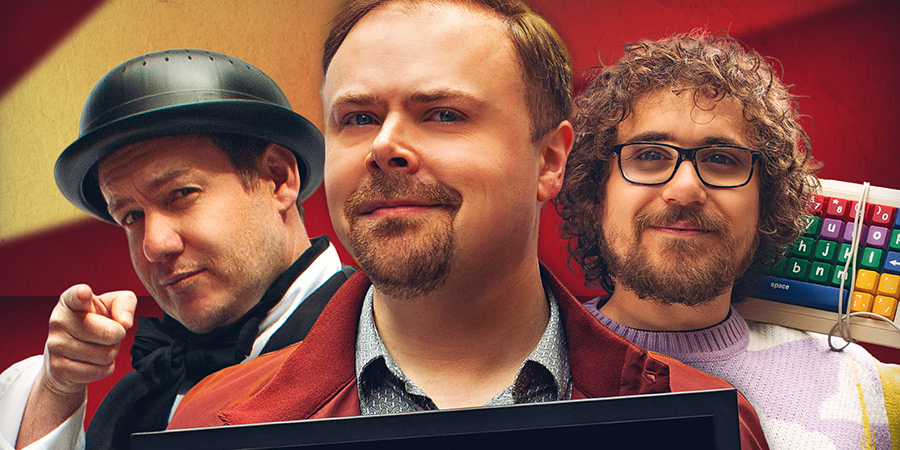 Ashens And The Polybius Heist

In 1981 a mythical arcade game supposedly appeared with the ability to control people's minds, until disastrous side effects led to its sudden disappearance.

Ashens had always dismissed the tale as an urban legend, but all that changes when he uncovers a link between the myth and his long lost father.

Alarmed at the game's devastating potential, he assembles a motley crew of misfits to organise a heist and recover the machine, but the 'No-Confidence Crew' quickly find themselves entangled in a web of lawnmowers, moles and a conveniently-timed royal wedding. Before long they're stepping out to undertake one of the most complex and daring heists in history, and the stakes could not be higher.

Second only to Area 51 in its notoriety, every gamer and sci-fi fan has heard of Polybius. The legend describes the game as part of a government-run psychology experiment released into arcades circa 1981, producing intense effects on the players. There are reports of people fighting each other for the next turn and, if you got the high score, entering into a euphoric trance. The machines were said to have been visited periodically by 'men in black suits' to analyse the effects. After rumours built of sensory deprivation, hallucinations and even some fatalities it was swiftly pulled from the market and never heard of again.

Today there are hundreds of videos, fan theories and pop culture references to the myth, which continues to enthral fans around the world. The legend has been referenced in The Simpsons, Stranger Things and the fiction of Ernest Cline (Ready Player One, Armada). In 2017 a Polybius game was released for the Playstation (its creator Jeff Minter has a cameo in the film).

Ashens And The Polybius Heist offers a modern spin on the story, presenting it in a fresh and comedic way, while still staying true to the original legend.