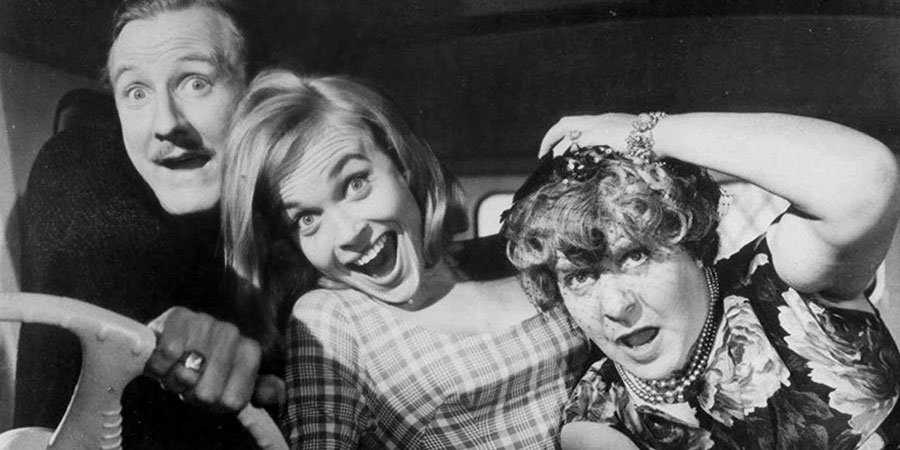 A Weekend With Lulu

The wild adventures of four characters who set out by caravan for a weekend on the coast, but end up in France

With the help of friend and colleague Fred, Tim has planned a quiet, loved-up weekend caravanning in the country with his beautiful fiancée, Deirdre. Things get off to a rough start, however, when her mother, Florrie insists on joining them, along with her small dog, Gaylord.

In his work's van - an ice cream delivery truck, complete with novelty advertising hoardings and jingle - Fred sets off to drive the group and the borrowed caravan, named Lulu, down to the coast. Initially making good progress, by early evening a fierce thunderstorm has set in and they are soon lost in the darkness and torrential rain. Finding the road blocked ahead, they come to a stop and resolve to bunk down for the night, completing the journey first thing in the morning.

Awakening some hours later, Deirdre and her mother are pleased to find the caravan moving at a pace, but their pleasure turns to alarm when they realise the boys are still inside rather than driving. To their horror the quartet discover they had inadvertently parked aboard a flat-topped railway wagon and are now whisking through the countryside by steam train!

That shock is only the beginning however, as they soon note the countryside doesn't quite look ... English. They have in fact managed to board the night freight express from Dover to Lyons, France! And not just without tickets or passports, but with little money, petrol and no other supplies. Challenged by a stern station official as the train makes its first stop and their vehicles are unceremoniously unloaded, the group scarper and head quickly for the nearest road northwards.

Whilst the French railway officials call local police onto the case, Fred, Tim and Deirdre - not so much assisted as hindered by Florrie - race across northern France, going village to village, in hope of a way home, some food, and perhaps the chance to make a few francs to assist along the way.

Hotly pursued by Inspector Larue and his hapless driver, the group find themselves almost in tandem with the Tour de France, before coming into the sights of a lecherous aristocrat, the Comte de Grenoble. From one mishap to another, they're just keen to get back to England as quickly as possible - but it'll be a job to make it without being grabbed by the long arm of the law!