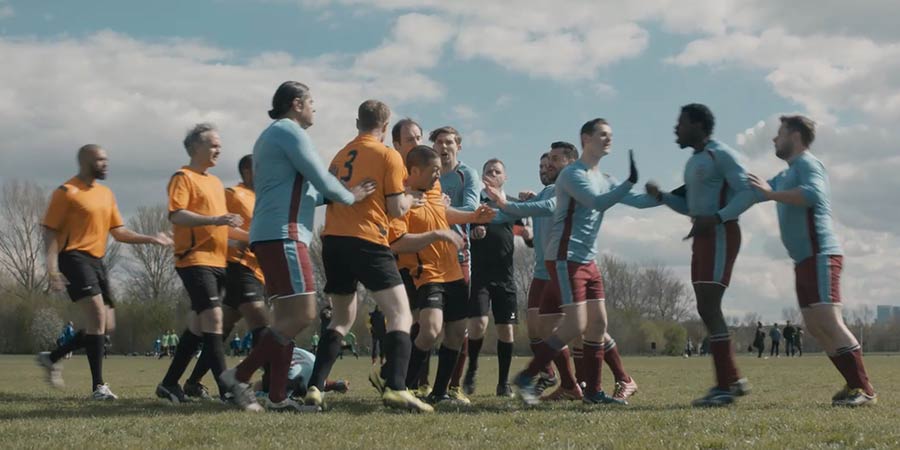 Tensions build and secrets are laid-bared as the drama unfolds, both on and off the pitch

Action unfolds both on and off the pitch at London's iconic Hackney Marshes, as Lea Valley Rangers prepare for the most important match in club history.

Whilst one drama plays out in plain sight however, many others simmer under the surface. Long suffering club manager, Nick, struggles to save his marriage whilst guiding his team to victory. There's the club secretary, guilty of embezzling the end of season funds; troubled teen Jack, hoping to confront his estranged father; a referee coming to terms with a parent's illness; and adding to the tension, the unexpected arrival of professional team scouts...

Emotions flare, secrets are laid-bare and relationships are left hanging in the balance as the match moves towards its volatile conclusion. It's not always such a beautiful game.