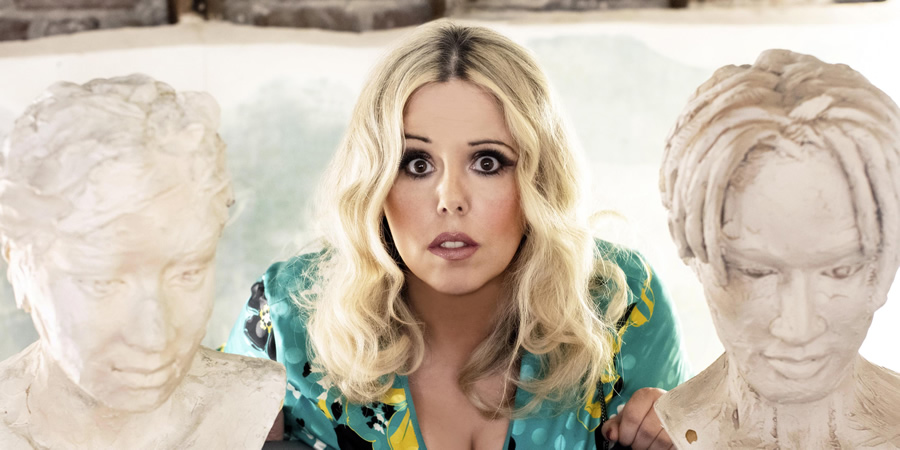 Roisin Conaty] talks about the return of her sitcom...

GameFace is back for Series 2. For those who missed it (and might want to watch it on All4) what is the show about?

It's about Marcella, a struggling actress who starts to see a lifecoach, she is heartbroken because Simon, her partner of 12 years, married someone else two weeks after they've split up.

Where do we pick things up in Series 2?

We pick it up pretty much from the end of Season 1. It's not much later, just a few weeks. Marcella is taking her driving test, and gets herself into a bit of a situation.

It picks up her relationship with Jon [her driving instructor] she's working at the London Dungeon, and desperately trying to move on with her career. Meanwhile Simon her ex has moved in with her mum, and is going to be living with her brother. So her ex is very much still in play. It's an interesting family dynamic and, as usual, Marcella's impulses are getting her into trouble. 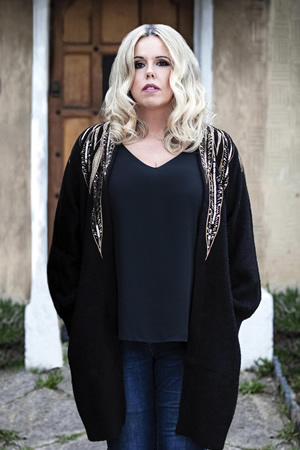 How did you find writing Series 2? Was it easier, because you had all the characters established, or the more difficult 'second album' syndrome?

A bit of both, I think. It's easier in that whenever you get those "I can't do it" moments, there's evidence that you can, in the form of a series. You've been there before, you got through it, and it worked out okay. But there is also the challenge of trying to move it on in a believable way, and make it interesting and surprising

It's got a great cast - did you manage to get everyone back?

I have, yeah. I was so pleased; everyone's really brilliant. They're such an amazing cast, and so enjoyable to watch. Once you've performed with them, it's easier to write for them, you know their cadences, and you know much more how to write for each character. So that becomes easier.

Are there any new characters prominent in this series?

Yes. The therapist now has a student called Frances, who is very young and earnest and doesn't like the chaotic sessions where Marcella's not really trying to help herself and he's not trying to help Marcella. So she's trying to bring a bit of order to it, and actually does.

Do you like performing your own sitcom, or is it too stressful to actually enjoy?

I love it, getting the chance to write and perform your own stuff, with a huge team of people creating that world for you, is truly magical. You might have casually written down "She's drinking a Tizer" and the art department have gone out and started panicking "Oh my God, Tizer doesn't exist anymore." It's mad, a whole production going through these scripts making them happen.

I really enjoy it. The characters are all my babies, and I feel protective of them all. There's nothing like watching it all come together in an edit, and thinking "Oh my God, this thing that I wrote in my pyjamas now seems real."

You are executive producer on the show as well as writing and starring. Does it ever feel like too much?

I'd be lying if I said that wasn't true. It's an ambitious show, I write very visual scenes, and we want the show to look amazing, so that means time is always hard, we're always chasing our tail because it's not just all set in a house. There's loads of locations. And midway through a shoot a location might fall through, and I'm across all the decisions, so if a location falls through or we have to move a scene, I'm involved in that.

I have to be really focussed, and whenever you're extraordinarily focussed, you're not really having fun. You're making decisions all through the day. That's not exactly enjoyable, but I love it. At the end you can enjoy it. It's very hard work. It's hard to enjoy that pressure, but you just have to thrive off it. 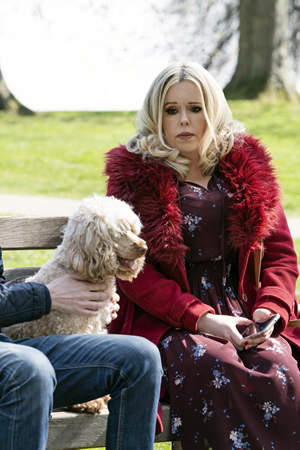 Marcella seems to have a problem being serious - she makes jokes all the time, sometimes in inappropriate situations. Is that something you can relate to?

Yeah. I think with someone like Jon, Marcella is quite scared of opening up again after the Simon relationship, so they dance around each other making jokes. I think it's quite sweet. I'd say I'm more direct than Marcella, but I get the whole thing about making jokes. That's my natural disposition. If something's awful, I find it funny. If something's funny, I find it funny. It's my natural, go-to place.

She's incredibly resilient, and fundamentally pretty strong. Do you admire her?

Oh yeah, I love her. I think she's got blind spots about her actual flaws which is frustrating sometimes but I think that's like all of us. She makes things more difficult than they need to be sometimes, but I think she's an optimist, and I think she's got a life in her head that she really wants, and she's trying to push herself to. Her impulses let her down, but I do admire her...

Received wisdom has it that happiness isn't funny. Do you feel you have to keep Marcella struggling a little bit? Is that frustrating?

I'm not sure that happiness isn't funny. There are happy scenes in it. She enjoys her friends. But I guess life isn't always happy, in one day you can feel 50 emotions, so I just want the show to be truthful. I think the constant being told that we should all be happy is making us all unhappy, I don't think it's a healthy thing. It's good to accept that life can sometimes be hard. But she gets wins in this series.

Have you learned to drive yet?

Nope, I still can't. I'm going to learn to drive an automatic. Forget about learning 'stick' as they say in the States.

Were you tempted to have lessons as research for this?

The show went out on Hulu in America. What's that like?

It was really lovely, the reaction to it was really nice. It wasn't a huge show over there, but people who liked it really, really liked it. I have tried to write truthful characters, so it shouldn't matter where you're from. I watch stuff from all around the world. We all grow up watching American TV, so the idea that I might have teenage American girls watching my show is kind of funny!

When do you get most nervous? Before filming, before the previews, before it transmits?

This is the thing, I don't really have much middle ground. Everything is a ten. There's not one bit where I feel like it's easier. The script bit I'm in hell, then when you start filming its really high stakes, can we cut it together, does it make sense? Then in the edit, then first week of rushes is so nerve-wracking, I couldn't watch it for four days because I was so frightened. I wish there was one bit I took lightly, but I'm always all over everything, trying to make it okay.

How do you find watching yourself?

It's really awful, actually. It's not so bad in the edit, I've got used to that now, but at the screening was weird. It's really unnatural to be in a room full of people watching you on screen. It's exposing. Your little imaginary world is up on screen. They can see what I've been thinking about! It's very odd.