RHLSTP #21 - Russell Brand - Richard Carpenter Punishment. In a theatre that one suspects is stuffed to the rafters with journalists hoping to steal a scoop, Rich is left wondering, what do you ask the man who has already admitted everything? Obviously you mainly ask him about ham hands. But that can only fill 40 or so minutes, so as well as that they discuss the author of Catweazle, how many hours of childhood they jointly wasted playing one-player Subbuteo, why on earth Russell wanted to appear in a remake of Arthur, how to be good at sex (though you'll have to study the video version to find out), what's beyond the boundaries of comedy, if throwing rat gizzards into an audience is comedic lunacy or genius, Jimmy Savile, wanking off a man in a toilet, plus an attempt to get an exclusive about Katy Perry's wee. The audience show their ignorance of how to make bronze and Richard Carpenter (not that one). The Welsh children question writers continue to demonstrate that their Stephen Fry triumph was a flash in the pan. There's jokes and philosophy from this complex, brilliant, ridiculous, fragile, eloquent, beautiful man. Also Russell Brand is in it (I am funny). 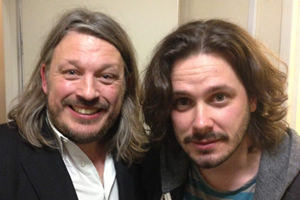 RHLSTP #22: Edgar Wright - Spaced By The Bell. At last it's the podcast that addresses the burning issue of modern Britain - which is the best Somerset based show... 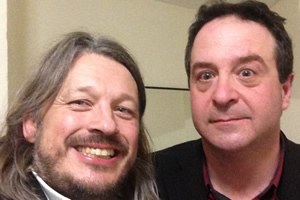 RHLSTP 23: Mark Thomas - The Disillusioning Illusionist - It's time for a bit of politics, but that's no reason not to discuss huge, ageing wrinkly ballbags, because tonight's guest... 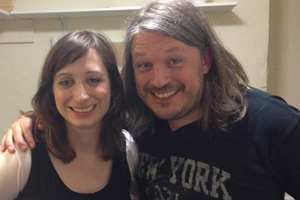 RHLSTP #24 - Isy Suttie - The Moon Told Me To Kill. It's the clash of the vaguely gold coloured Sony Award winners, but who will come off as comedy... 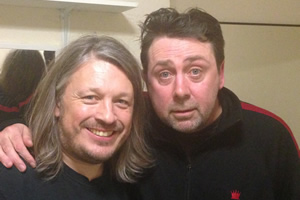 RHLSTP #25: Sean Hughes - Mango Mist. The guest for the final RHLSTP of the series has had a drink with Morrissey, seen a member of Madness drying his bum... 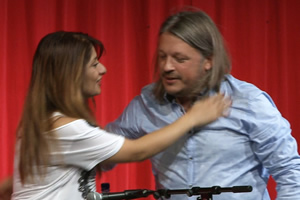 RHLSTP #26: Shappi Khorsandi - Talcum Powder Tit. RHLSTP (rhlstp) is back and Richard has stories from Armenia and the Amalfi Coast and is threatening to reveal the plot to...